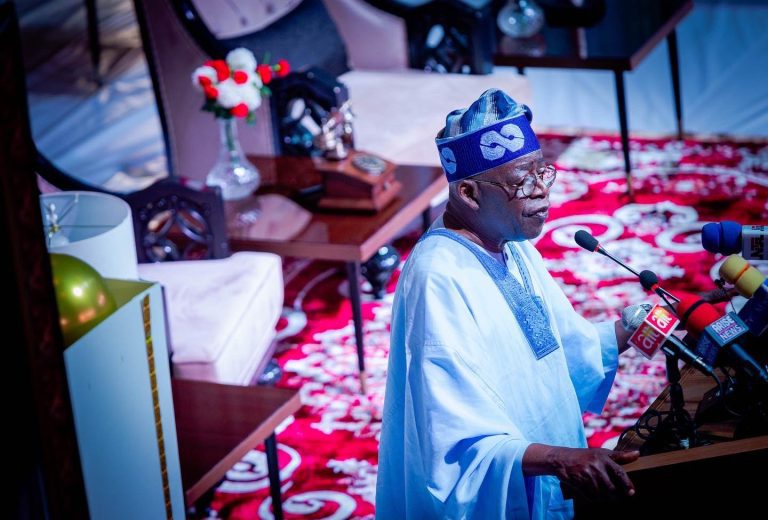 IBADAN, Nigeria (VOICE OF NAIJA)- Ahead of the 2023, Nigerians are looking forward to a presidency that works. The work is well cut: turn insecurity to the safety of lives and property as guaranteed by the Constitution, and turn poverty to prosperity.

Nothing else emphasises the primacy of this anti – poverty manifesto than the statement credited to the Finance Minister, Hajia Zainab Ahmed that Nigeria’s revenue can no longer service her debts. The dire implications is that the country is being propelled towards a peonage worse than Zambia as creditors may no longer wait for the revenue to build up again and be compelled to use debts to buy our national assets.

In the same week, the grave implications of unsolved insecurity came to us in the form of the latest threat of the captors via a video. It worsened few days ago with the reports of imminent attack on the federal capital territory.

The psycholocal effect of both  developments is a renewed sense of urgency to eliminate these twin monsters which have dwarfed the achievements of the Buhari administration particularly in transportation, road infrastructures,housing and social welfare.

It is indeed tragic that an administration that has done so much is struggling with a public perception of low performance due to the overwhelming challenges on insecurity and recession.

But, I propose that what we are grappling with is more than the veneer that government represents. There is a  deeper, more paranoid discovery: the Nigerian State is failing.

You know a State is failing when the problem outlives the regime of the dominant parties which have been in power. The party in power is wrestling with it yet unable to defeat the mortal threat to the survival of the state.

This is because something more fundamental must be amiss when a government with a federal executive council of governors like Babatunde Fashola and Rotimi Amechi who were the poster boys of their regions when they ran their states and equally competent administrators of states such as Godswill Akpabio, Chris Ngige and Timipre Sylvia is struggling to impress Nigerians of their track record in delivering visible democratic dividends.

Something is fundamentally wrong not just with the government but the entire organs of the state when the ruling party, All Progressives Congress (APC) is put in the unfortunate position of programmatic discomfiture because the perception in the media is that its pledges on security and prosperity are still works in progress.

These times are not for politicians ready to say sweet words and pull wool over our eyes in desperation for votes. Rather, the times call for statesmen who can put on their thinking caps and envision how to rescue Nigerians from the conditions of slavery imposed by creditors and kidnappers.

Considering our precarious situation, the need to get government working smarter and better,  how does one fathom the re-definition of the call to work as call to worship? The announcement of Asiwaju Bola Tinubu and Senator Kashim Shettima as the presidential and vice presidential candidates of the APC respectively was the party’s offer of its two workmen for the crucial tasks defined above.

Yet, instead of the unprecedented economic transformation that Tinubu championed in Lagos State and the heroic accomplishments of public works that Shettima performed in the glare of incessant Bokon Haram attacks in Borno State,  the press has been inundated with the criterion most extraneous to the work: the religious profiles of the presidential ticket and future expectations in the world of worship. Their religious affiliation has been promoted as the ultimate qualification as if the position they seek will be determined by prayers and supplications. None of them has been presented as prospective Muezzin seeking to lead national prayers.

They were considered qualified based on their  administrative expertise, managerial efficiency and track record in office. They are the candidates of a ruling party that has experienced the strenuous work of changing the narrative of stability and prosperity at a time of global health crisis, international Insecurity and poverty.

That the APC has brought its best men to the charge is an act of supreme  sense of responsibility, exemplary patriotism and genuine conviction that the country deserves the best helmsmen to lead the world’s most populous black nation.

It should be shocking that worship threatens work in the succession process of Africa’s foremost country seeking to regain its place in the international community.

Modernisation theorists have explained that the expansion of work in the industrialised society led to the decline of worship. Worship is based on man’s helplessness in the face of nature and his need for spiritual refuge to overcome life’s uncertainties. The industrialised society demonstrates that labour, that is, work, has the capacity to liberate man from worship by providing the basic necessities of life. Working class demonstrations and strikes forced capitalist countries to negotiate and determine hours of work and pay, allowances for sickness and births and even time to rest and enjoy family life.

A July 2015 research on this subject by Erich van Ingen and Nienke Moor posit that urbanisation and income inequality were driving forces of decreasing Church attendance.

Such propositions have met their Waterloo in the Nigerian situation  where increasing inequality has produced rising religious fanaticism.

Not even Covid-19, a frontal attack on faith healing that demystified the supernatural claims of pastors and sheikhs to cure diseases has discouraged attendance of religious observances.

In short, the world of worship and its arcane predictions and predilection has overwhelmed the logical rationality and science of the world of work, invaded the work place and the public arena where the contest for power occurs.

It’s debilitating presence undermines work and mutilates the concept of manhours. How do you explain hours of prayers before the inauguration of officials or projects? How do manhours account for the fellowships and prayer sessions in many offices today?

It is to the production relations that it has engendered that we must locate the controversy  over the Muslim-Muslim ticket to understand the agitation and the forces driving it.

These forces appropriate incomes from performing services to sustain the religious needs of worshippers, places of worship and rituals of worship. They rely on the conventional parity of Islam and Christianity to market religion to the innocents. They see a same-faith ticket as attempt to demarket their brand and weaken its remunerative value. They may present their agitation as a crusade for the faith but, between the lines, it is a struggle for survival.

If, as we must admit, they have the right to survive. Then both of us, the politicians of the All Progressives Congress and the Christain leaders can frankly and sincerely speak the same language.

As Christian leaders crusade for more parishioners, politicians canvass for votes. In both cases, it is a game of numbers based on the disposition to support the message. In this friendly banter, the argument of the APC is very simple: in the 2003 presidential elections,one candidate who stood tall despite losing to the incumbent was General Muhammadu Buhari, the presidential candidate of the All Nigeria Peoples Party, ANPP. He polled over 12,495,326 of the 39,812,071 valid votes.Although his votes dwindled to over 6million in 2007 when he ran alongside other Northern candidates, it bounced back in 2011 to 12,214,853 on the platform of a party fully built in his image, the Congress of Progressive Change.

By geographical distribution, most of these votes came from the Northwest and North East states with the exception of Adamawa and Taraba.

This feat attracted parties such as the Action Congress whose South Western stronghold would prove a good asset and the factions of the All Nigeria Peoples Party and the All Progressives Grand Alliance with influence on voters in the South East.

The 2015 and 2019 elections proved the success of this collaboration . The APC won the presidential election in 2015 by polling 15,424,921. It repeated the pattern in 2019, polling 15,191,847 mainly from North West, North East and South West. This performance  paved the way to the party’s convention where the governors of the Northern states influenced the decision to elect a presidential candidate from the Southwest.

In such circumstances, the choice of a vice presidential candidate from the North was a logical  consequence, to retain the support of the loyal and consistent voters and ensure repeat what has become the party’s winning formula.

In choosing Senator Kashim Shettima, former Governor of Borno State and current member of the Upper Legislavltive Chamber as the vice president, Asiwaju Bola Tinubu, the APC Presidential candidate did the needful.

But, there is a significant coincidence that vice presidential hopefuls who lost out in the race decided to exploit: the fact that both Shettima and Tinubu are Muslims.

As politicians, such hopefuls know that if the Northern members of the party were to elect a Vice President, the choice would still be the same. In terms of density, a 2012 survey  of Muslim population  in Nigeria by Afrobarometer reported that Sokoto, Kebbi, Jigawa, Kano, Gombe, Katsina and Zamfara have 80 percent. Those with between 60 and 80 percent are Borno, Yobe, Adamawa, Kwara, Bauchi and Kaduna.

A similar 2012 survey by the Pew Research Centre agrees that Muslims dominate the North Western and Eastern zones of the country while Christians dominate South-East and South-South. The South West and North Central are fairer in spread.

If the national Christian leadership can accept these premises and conclusion, its recent manifesto on the 2023 elections can then serve as a guide for the leadership of the APC in managing its campaign.

There has been a lot of research into the fate of the Christian community as a significant Northern minority. Creed & Grievance, a 2018 publication edited by Professor Abdul Raufu Mustapha took a multi-dimensional study of this Nigerian phenomenon and concluded by proposing the need for “informal avenues” for peace building.

There is a ” persecution complex” among Northern Christians arising from the threats and actual violence as concretely recorded in the attacks on their members in Josand other cities  mainly in the last decade by Boko Haram and the oppressive legal order that the Shariah courts represent to Christians.

These drive a quest for power and by extension, authority as  protection against the use of the coercive apparatus of state and non-state actors against Christian worship and worshippers.

Benue: Why I Quit Pulpit For Politics – APC Guber Candidate

Muslim/Muslim Ticket: Shagari Is Crying More Than The Bereaved – Fani-Kayode