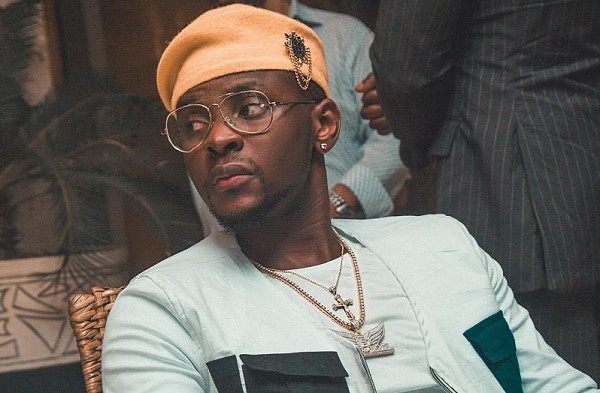 IBADAN, Nigeria (VOICE OF NAIJA)- Popular Nigerian singer, Oluwatobiloba Daniel, also known as Kizz Daniel, has been allegedly arrested in Tanzania after failing to show up for a concert in the country.

The Buga crooner was scheduled to perform at the Warehouse, Old Nextdoor Arena in Tanzania, on Sunday night, as part of his Afro Classic World Tour but failed to show up.

Following his failure to show up, a video of angry fans trashing the show’s venue had trended earlier.

In other videos trending on Twitter, the singer wearing a hooded jacket was seen being led into a police vehicle.

Voices could be heard in the background of the videos stating their displeasure with the singer’s attitude.

An angry voice was saying, “You will go in for it. You’ve caused damage in this country. I warned you yesterday.”

Though the singer is yet to address the situation, his fans and other Nigerians have knocked him concerning his actions.

Daniel Regha tweeted: “Kizz Daniel has been arrested in Tanzania for not performing at his concert, I don’t applaud what Kizz did but arresting him was a bit extreme; Those he disappointed should’ve asked for a refund & cancel him instead. Kizz Daniel should also fix up or else he will ru!n his career.”

@salemzyy: “That’s the problem with upcoming artist whenever an upcoming artist starts to drop hit, then he will just be feeling like boss.
Even the likes of davido don’t do that.”

Adewumi Richard: “They didn’t have to arrest him though , they must have been a reason why he missed the show
Kizz is so calm 🥹”

@johncletus25: “It’s either he comes many hours late or they don’t come at all and kizz Daniel has been a usual suspect of late.

He has to be made to pay for the repair and replacement cost of whatever was destroyed in that hall, And also a full refund and an apology.”

Dr Dipo Awojide: “Only few weeks ago, Kizz Daniel kept fans waiting in the US for over 5 hours until they started shouting, asking for a refund, and throwing cups on the stage. Today, he has been arrested in Tanzania 🇹🇿 for not showing up to a show, and fans vandalised the venue.”

@jaceyblaize: “This character of Kizz Daniel is totally unacceptable and he doesn’t ever feel remorseful about it! It’s unfair to buy tickets, kept waiting and yet, you do not perform and it’s because in our own country, we let things slide! It’s absolutely wrong and he should be queried!”

Saddick Adams: “What is happening to Kizz Daniel in Tanzania is what I thought would’ve happened to Ofori Amponsah some 16 years ago.

Valentines Day of 2006, we waited at the Sunyani CNC for Ofori till the next morning he didn’t show up That day Sunyani people used crates of eggs to curse 😂”

This was after charging to date, the highest gate fees for a concert in the Region. It was the most publicized show ever in BA. Lord Kenya was on the bill but it was Ofori, the then biggest in the country, who was the target of hundreds of curses 😂😂”

Olamide: “The last time I said Kizz Daniel needs to fix up. Some people came for my head. Here we are again. Talent is never enough. If there is something causing these constant issues, it needs to be fixed.“