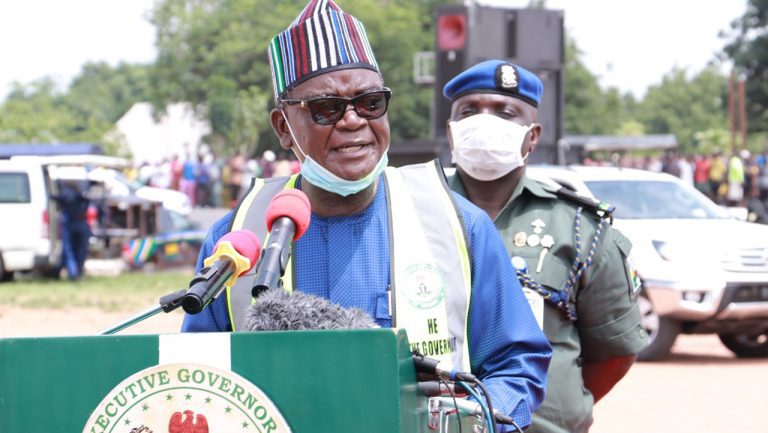 ENUGU, Nigeria (VOICE OF NAIJA)- Peoples Democratic Party (PDP), Benue State chapter has accused the All Progressives Congress (APC) in the State of being the political wing of the killer herders causing havoc in the State.

The APC in the State had accused Governor Samuel Ortom of planning to use the security outfit to rig the 2023 general elections.

This came following the commissioning of the Benue Community Volunteer Guards (BCVGs) by the Governor.

While condemning the new security outfit, the opposition party said that previous outfits in the State, such as the Vigilante Group and the Livestock Guards established by the governor were not successful.

The statement reads, “Benue PDP understands the apprehensions of its counterpart, APC, towards the BCVGs considering what the outfit represents to the opposition party and their sponsors within and outside of Benue.

In a statement issued by its State Publicity Secretary, Bemgba Iortyom, PDP said it was “cowardly and prematurely defeatist for the APC to insinuate such that an outfit could have a role in the electoral process come 2023”.

“The BCVGs firstly represents the unified resolve of Benue people against killer Fulani herdsmen, in words and deed, that we have had enough of you killing and maiming us, raping our women, destroying our farms, occupying our lands, pushing us deeper into poverty and economic slavery, in execution of your deliberately hatched genocidal and land grab agenda, while the security architecture of Nigeria appears hamstrung from defending us.

“Our great party understands that such a resolve should naturally stir angst, anxiety and panic in the Benue chapter of APC which has over the years been what may be rightly termed as the political wing of killer Fulani herdsmen in the State.

“Benue APC has been in the lead of absolving Fulani herdsmen of guilt for killings and sundry crimes in Benue, propagating the false narrative that it is Benue people who are killing one another, even after the herdsmen, through groups such as Miyetti Allah Cattle Breeders Association, Miyetti Allah Kautal Hore, have accepted even at international press conferences responsibility for killings in Benue, including those of women and children.

“For the records, Benue PDP authoritatively avers that the commissioning of the BCVGs by Governor Samuel Ortom now represents the triumph of the will of the people of Benue State over their oppressors, being it the result of a painstaking process of recruitment of volunteers, their training, the sourcing of their primarily essential weapons, as well as navigating statutory recognition of the outfit through the bottlenecks imposed by the APC regime at the federal level.

“The other outfits targeted for denigration by the killer Fulani herdsmen political wing, namely Vigilante Group and the Livestock Guards all achieved the specific objectives for their creation, with the Livestock Guards sharing a larger part of the credit for the relative peace and existential space guaranteed the people in the geographical space of Benue to this day.

“PDP as the sponsoring platform of the Governor Ortom administration is satisfied that the recruiting/training, kitting/equipping as well as gazetting/unveiling of the BCVGs as a modification of the Vigilante Group represents the triumph of hope over despondency, courage over intimidation, and above all, the will of the people over the tyranny of the oppressor.