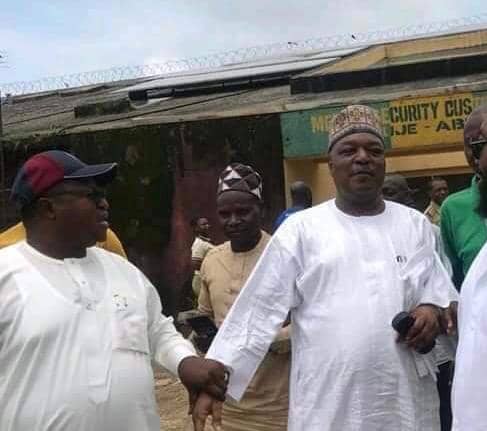 IBADAN, Nigeria (VOICE OF NAIJA)- Joshua Dariye, and Jolly Nyame former Governors of Plateau, and Taraba State, have been released from the correctional facility in Kuje council area, four months after they were granted state pardon

At a council of state meeting presided over by President Muhammadu Buhari in April, Dariye and Nyame were among 159 inmates pardoned.

They were granted pardons on the grounds of age and ill health.