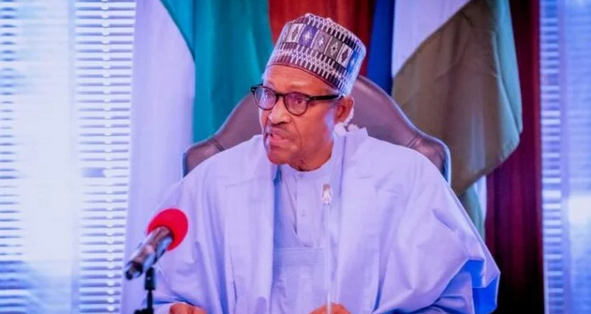 LAGOS, Nigeria (VOICE OF NAIJA)- The pan Yoruba socio-political organisation, Afenifere, has expressed serious worries about worsening insecurity in Nigeria, urging him to stop dealing with them with kid gloves.

In a statement by its National Publicity Secretary, Jare Ajayi, on Monday, the group wondered if President Muhammadu Buhari, was aware of the situation.

The group said the level of insecurity in the country is unprecedented. He called on President Buhari to demonstrate that he was serious about ending the spate of killings and abductions across the country.

Afenifere said, “Because of the kid-glove manner with which government is dealing with them, terrorists and kidnappers have been so emboldened that they now attack security institutions at will and malevolently go into houses of their victims to deal with fellow Nigerians – all under the watch of government and security agencies!

“President Muhammadu Buhari needs to come out and let perpetrators of terrorism and kidnapping know that he has had enough. He should let them realise that the pact he signed with Nigerians was not to come and see to the serial termination of their lives but to ensure their security, improve their welfare and move the nation to a desirable next level.

“Unfortunately, the president has not been able to deliver on any of the desirables. He only brought to the nation the negatives which were far from the expectation of anybody.”

Afenifere faulted the idea of re-integrating confirmed terrorists and bandits into society because “evidence has shown that such seemingly reintegrated bandits go ahead to commit crimes that are more heinous than the ones they were known for beforehand.”

He restated the position of Afenifere on the need to properly allow State Police to take care of our security agencies.

“What Nigerians expect from the government is not sympathy but actions that will put a total end to the nightmare, indeed life-terminating experiences they are going through presently!

“The President can delegate all the necessary authority to his Vice with whom he shared a joint ticket anyway, especially given his earlier declaration that he was anxious for May 29, 2023 to come quickly,” Afenifere added.