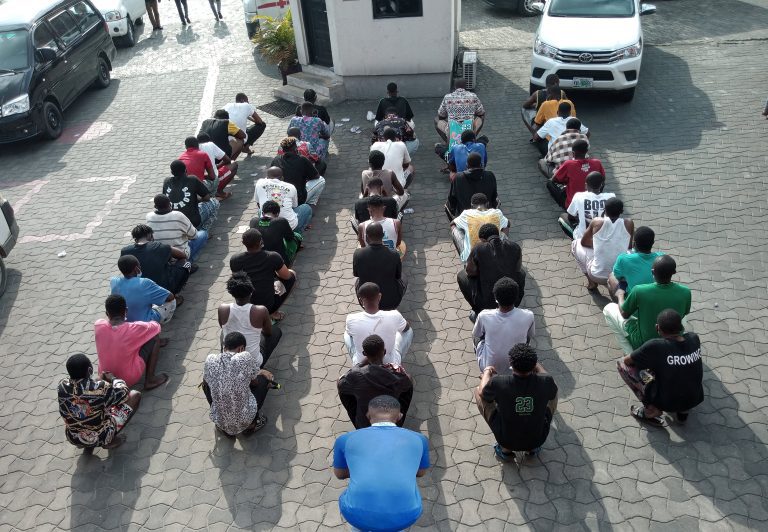 Enugu, Nigeria (VOICE OF NAIJA)- Not less than 47 suspected internet fraudsters have been arrested by the Economic and Financial Crimes Commission (EFCC), in Port Harcourt, Rivers state.

In a statement issued on Monday by the anti-graft agency, the suspects were arrested on Thursday during an operation.

According to the statement, “Operatives of the Port Harcourt Zonal Command of the Economic and Financial Crimes Commission, EFCC, have arrested forty seven (47) suspected internet fraudsters (aka Yahoo Boys).

“They were arrested in the early hours of Thursday, 4 August, 2022 in a sting operation at various locations in Port Harcourt, Rivers State.

“They were arrested based on an intelligence report on their alleged involvement in internet fraud.”