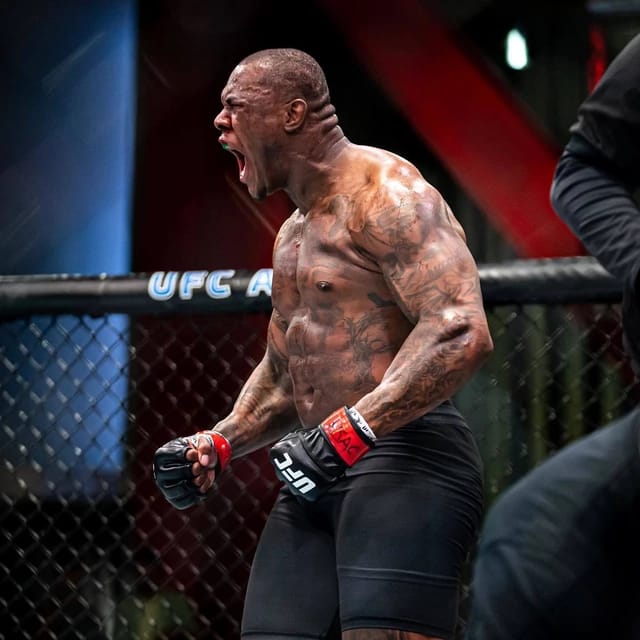 Mohammed Usman fought for Team Pena in the heavyweight division.

He defeated Mitchell Sipe by unanimous decision, then Eduardo Perez by Split Decision to qualify for the final.

In the final of TUF 30, Usman recorded a vicious knockout victory against Zac Pauga from inside UFC Apex in Las Vegas, Nevada.

Pauga, who also had an American football background, was very confident coming into the fight.

After a rough first round, Usman started the second round fast, landed a counter left hook that dropped Pauga, and the fight was over.

It was a violent finish but Usman hammered down Pauga to win.

Mohammed now has a professional MMA record of 8-2.

Mohammed moves to 9-2 in his career and it remains to be seen what comes next as he has now earned a UFC contract.

It is a huge achievement for Mohammed as his brother Kamaru is the reigning UFC welterweight champion and will feature in the upcoming movie Black Panther: Wakanda Forever.

Kamaru celebrated the success of his younger brother on social media as he posted a message that said, “First family of TUF winners 👊🏿🌍🤴🏿 congratulations @umohammed97 #TUFChamp.”

Kamaru was also TUF champion back in 2018 as he defeated Rafael dos Anjos via unanimous decision.

Kamaru now looks forward to his fight headlining UFC 278 in a rematch against Leon Edwards scheduled to take place at the Vivint Arena in Salt Lake City Utah on Saturday, September 10, 2022.