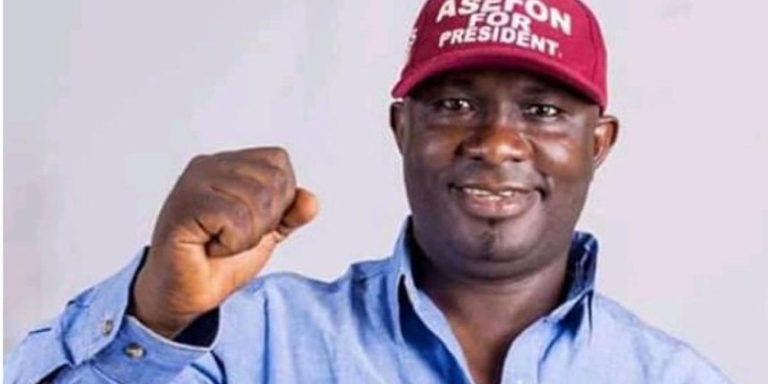 IBADAN, Nigeria (VOICE OF NAIJA)- Having accused its President Sunday Asefon of the inability to serve the primary purpose of the association, some members of the National Association of Nigerian Students (NANS) have started the process of removing him from office.

The members accused him of the inability to serve the primary purpose of the association, which is to protect the general interest of all Nigerian students, both at home and abroad.

Asefon was elected on December 4, 2020, for a one-year tenure at the NANS convention in Abuja at the age of 45 and was supposed to hand over in December 2021. He has however failed to conduct another convention or hand over in line with the association’s constitution.

Speaking to SaharaReporters, an official of the association said its Senate arm had begun moves to impeach Asefon as President over “incompetence, misappropriation of funds, corruption, elongation of tenure and insensitivity to the plight of Nigerian Students”.

He also cited the current impasse between the Nigerian government and university teachers which has seen students sitting at home for close to six months, saying the NANS President was found wanting in the challenge of bringing both parties together because he is a member of the ruling All Progressives Congress.

“The move to have him out has begun. Asefon has done more harm than good to Nigerian Students as he does not know his duty as the numero uno Nigerian student, controlling over 50 million Nigerian students at home and in the diaspora.

“Sadly, Nigeria students have been deprived of their fundamental rights to higher education for about six months by intentionally remanding them in their various homes over the quagmire between ASUU (Academic Staff Union of Universities) and the federal government, yet the NANS president has been aligning with a particular political party, the APC which is the ruling party.

“Instead of pushing for an end to the strike, he is busy touring each state, campaigning for the APC, the same party in government which has failed to end the strike,” he said.

An aspirant in the upcoming convention of the association added that Asefon tampered with and manipulated the NANS constitution and Charter of Demand without recourse to constitutional provisions.

“He has spent over 8 months in office after his tenure elapsed in disregard to the constitution of the association, yet refused to resign. We have called for a Senate meeting where his removal will be ratified,” he said.