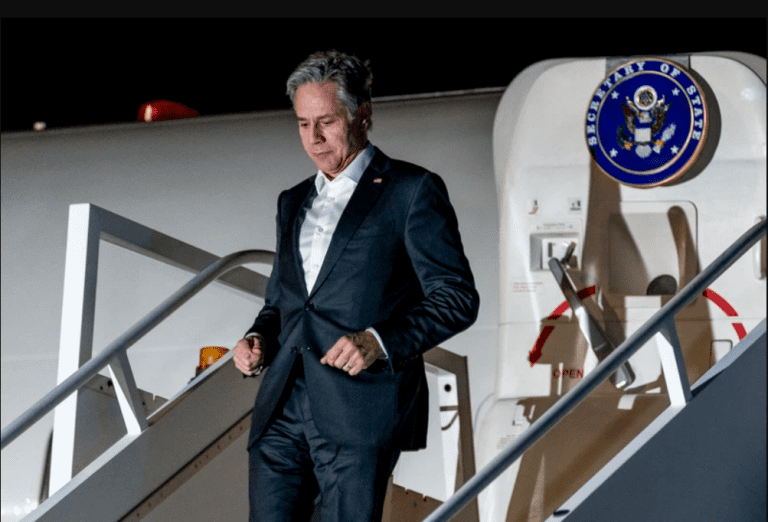 LAGOS, Nigeria (VOICE OF NAIJA) – In a bid to develop a strategy to counter Russia’s influence on Africa, the US Secretary of State, Antony Blinken has begun a tour of the continent.

AFP reports that Blinken has landed in South Africa ahead of a planned visit to Rwanda and the Democratic Republic of Congo.

This is coming on the heels of Sergei Lavrov, Russia’s Foreign Minister’s recent trip to Africa where he visited DR Congo, Ethiopia, Egypt and Uganda, in a bid to rally support for the country in their ongoing war against neighbours, Ukraine.

William Gumede, director of Democracy Works, reportedly told AFP ahead of Blinken’s visit, that with this recent development, “It’s like a new Cold War is playing out in Africa.”

Blinken’s second trip to Africa since his appointment as the US Secretary of State, is preceded by his first visit in November 2021 which was aimed at “resetting US-African relations following Donald Trump’s presidency, demonstrating the US’ commitment to democracy and showing that the US cares about its relationship with African countries.”

The United States government is also trying to get South Africa back in the fold after initially pulling out of initiatives important to South Africa during the Donald Trump era.

The Paris Climate Agreement and the Green Climate Fund are among the initiatives that the US government initially pulled out of, but Blinken is reportedly in the country to mend fences.