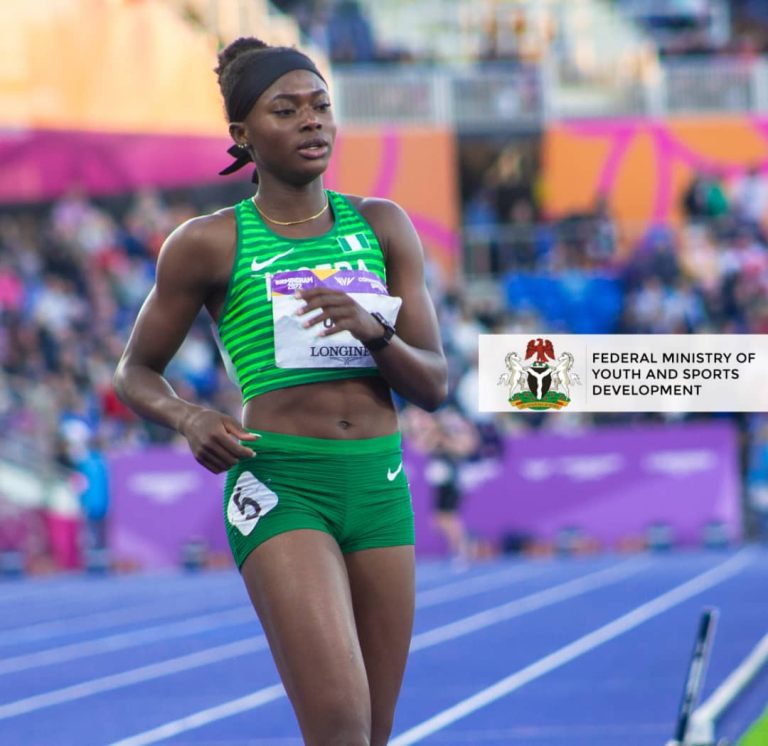 The Nigerian sprinter ran a time of 22.66 seconds on Friday evening to record the second fastest time in the three semi-finals, next to Olympic champions and Jamaican’s Elaine Thompson-Herah, who posted a time of 22.63 seconds with ease.

Ofili slowed down when she saw that the gap between her and the second placed woman was much to reserve her energy for the final.

She holds the National record and the National under 20 record over the 200m with a time of 21.96, thus making her the first Nigerian female athlete to run under the 22 seconds barrier.