Osun Election: When Will You Congratulate Adeleke – Davido Questions Oyetola 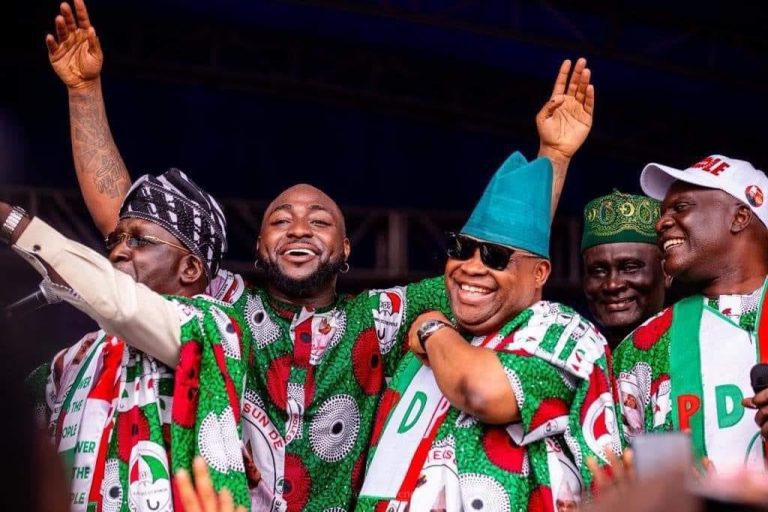 IBADAN, Nigeria (VOICE OF NAIJA)- Nigerian singer, Davido has called out the Governor of Osun State, Gboyega Oyetola for failing to congratulate his uncle, Ademola Adeleke following his victory at the Osun State gubernatorial election.

Taking to his Twitter page on Saturday, 6 August, the award-winning singer asked when Oyetola would congratulate the incoming governor.

He wrote: “Your excellency sir @GboyegaOyetola when will you congratulate the Incoming governor of your state @AAdeleke_01 … in 2018 my uncle congratulated you even though it was stolen … do the right thing baba .. one love ❤️”

Recall that, the electoral commission, INEC, formally declared Ademola Adeleke of the Peoples Democratic Party (PDP) as the winner of the governorship election held in July 16, 2022.

The runner-up was the incumbent governor, Gboyega Oyetola of the All Progressives Congress (APC), who polled 375,027 votes.

“Both are enem!es at this point. Ur prayer now should be that ur uncle governs well cos ur neck is literally on the line.”

@cbngovakin1: “Calm down Alaye….your uncle get case for court….
If ur party the PDP can disqualify an elected Gov of Bayelsa David Lyon of APC some hours to his D Day…because of the Deputy’s cert….
Why will Adeleke’s different?
A man with a forgery cert?!!”