Commonwealth Games: Nigeria Moves Up To Eighth Position On The Medals’ Table 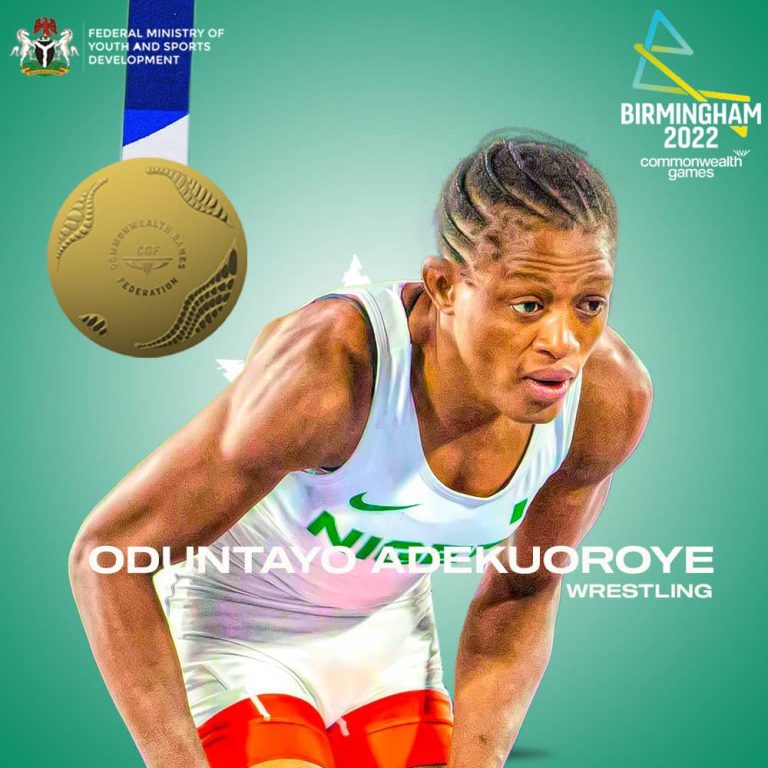 IBADAN, Nigeria (VOICE OF NAIJA)- Team Nigeria is occupying the eighth position on the medals’ table as the hunt for Gold continues in Birmingham, U.K.

Nigeria have won 7 gold medals, 3 silver and 6 bronze, making a total of 16 medals.

Team Nigeria had more joy in Birmingham on Friday, Day 8, in Wrestling.

Blessing Oborududu did not disappoint as she defended her gold medal title for the second consecutive time.

Earlier, Esther Kolawole had also put Nigeria on the winning path as she defeated the Scot Abbie Fountain to win Bronze in the Women’s 62kg freestyle category.

Kolawole defeated Abbie with a 10-0 victory within 20 seconds.

In Athletics, Udodi Onwuzuruike has qualified for the Semifinal of the Men’s 200m race after 20.59 seconds.

Enekwechi finished fourth with a 20.36m finish after five attempts.