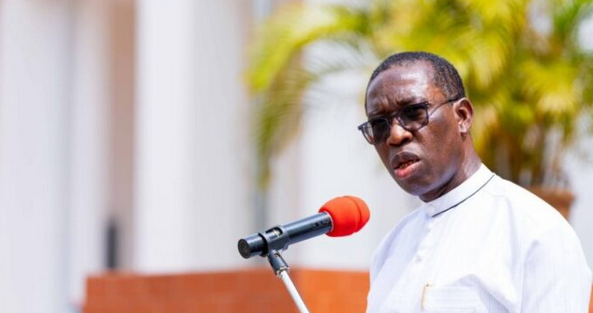 The union stressed that it has adverse consequences on tertiary education in the state.

The ASUP zonal coordinator, (South-South & South-East), Precious Nwakodo, made this known at a news conference in Ogwashi-Uku area of the state.

Nwakodo said, “The Delta State government had on April 2022 introduced a salary subvention policy which provides that the management of the polytechnics contribute 10 per cent of the total monthly wage of all staff in their employment.

“Under the policy, the state government is to take care of the remaining 90 per cent. To the undiscerning mind, this policy may appear logical in line with best practices.

“However, the reality is that this policy will and has already started having serious adverse consequences on tertiary education in the state.”

He said the union had given Okowa a 30-day ultimatum to review his position on the state’s Salary Subvention Policy in state polytechnics.

He stated that the ultimatum followed the refusal of the Delta government to review its position on the salary subvention policy.

ASUP said that the union rejected the policy, and equally called on the state government to immediately take a second look at the policy with a view to stopping its implementation.

Nwakodo listed some of the disadvantages of the policy to include delay in payment of salaries, low staff morale, low quality of education and imminent staff rationalisation.

ASUP also lamented a high shortage of academic manpower, saying that retired, resigned and dismissed staff were never replaced since 2008.