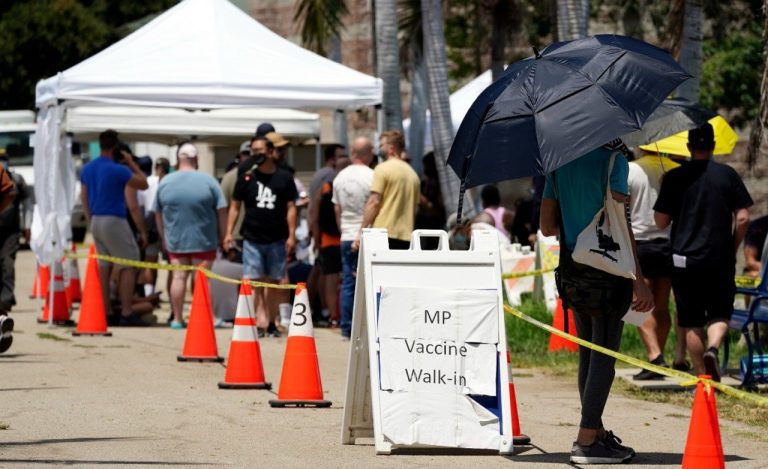 The Biden administration on Thursday officially declared monkeypox a public health emergency, in a bid to free up emergency funding and improving distribution of vaccines and treatments.

“We are prepared to take our response to the next level in addressing this virus, and we urge every American to take monkeypox seriously and to take responsibility to help us tackle this virus,” Health and Human Services Secretary Xavier Becerra said during a briefing.

The announcement comes amid intense criticism that the Biden administration failed to recognize the severity of the outbreak, leading to shortages of vaccine doses and diagnostic tests even as demand has soared.

The nation has already purchased much of the global supply of Jynneos, the only monkeypox vaccine licensed in the U.S., but much of it is stored frozen in bulk substance. It needs to undergo a process called “fill and finish” to put the vaccine into usable vials to be shipped and then administered.

Some public health experts fear the U.S. lost its opportunity to contain and even eliminate the virus.

The administration has been under pressure to declare a public health emergency from health advocates and congressional Democrats who represent some of the hardest-hit states.

A public health emergency won’t ease the shortages of vaccines, but it could expedite the approval process for new treatments and provide more flexibility for federal agencies to respond to the outbreak.

“This public health emergency will allow us to explore additional strategies to get vaccines and treatments work quickly out to the impacted communities. And it will allow us to get more data from jurisdictions so we can effectively track and attack this outbreak,” said Robert Fenton, the administration’s newly-appointed national coordinator for the monkeypox response.

The US has so far delivered some 600,000 JYNNEOS vaccines — originally developed against monkeypox’s related virus, smallpox — but this number is still far short of the approximately 1.6 million people considered at highest risk and who need the vaccine most.

Supply chain constraints mean the country should receive its next shipment of 150,000 JYNNEOS vaccines — which was developed with US federal funding but is made by a small Danish company called Bavarian Nordic — only by September, said Dawn O’Connell, a senior HHS official.

The US declaration comes after the World Health Organization also designated the outbreak an emergency last month — something it reserves for diseases of highest concern.

Also Thursday, US Food and Drug Administration commissioner Robert Califf said his agency was considering changing the way the vaccine is injected, adopting an approach that would allow five times as many people to be vaccinated based on the same supply.

The vaccine is currently administered underneath the skin, but the new technique would involve administering it within the skin, at a more shallow angle.

This “means basically sticking the needle within the skin and creating a little pocket there into which the vaccine goes, so this is really nothing highly unusual,” said Califf.

The US will first need to declare another type of emergency so the new vaccine administration method can be greenlighted, he added.