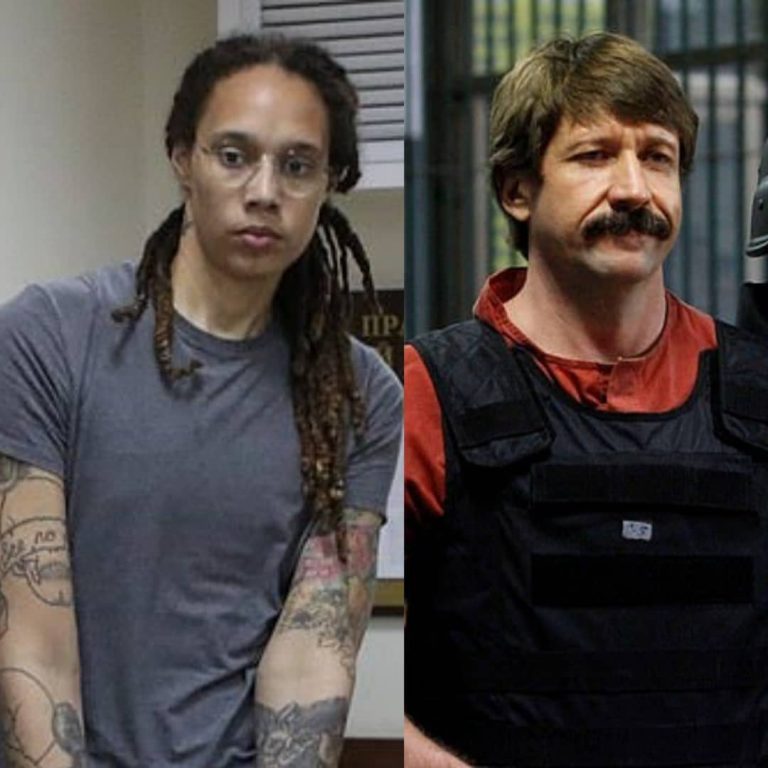 Russia, on Friday, confirmed for the first time that it is in talks to swap basketball player, Brittney Griner for Viktor Bout, the notorious ‘Merchant of Death’ arms dealer who has been imprisoned in the US since 2010.

Speaking during a visit to Cambodia on Friday, Russian Foreign Minister Sergei Lavrov said: “We are ready to discuss this topic, but within the framework of the channel that was agreed upon by presidents Putin and Biden.”

He however warned that if US officials speak about the deal in the press – as they did before Griner’s sentencing – it could jeopardize the swap.

‘If the Americans decide to once again resort to public diplomacy, that is their business and I would even say that it is their problem.’

Griner was sentenced to nine years in a Russian penal colony yesterday after being found guilty of smuggling drugs into Moscow airport.

DailyMail.com reported exclusively yesterday that the deal to swap her for Bout was on the table, and could be completed within a matter of weeks.

A source close to the negotiations said Biden’s position had weakened now that Griner has been found guilty and sentenced.

‘The US positioned has weakened now. They showed their hand and now their bargaining position has weakened,’ the source said.

Griner’s attorneys have ten days to file an appeal. After that, the matter would only take a few more weeks, they said. But the Russians may not be as quick to agree to it as Biden hopes.

It is now uncertain that the deal would include Paul Whelan, an American who has been locked up on espionage charges since 2018.

The US had been pushing for a deal that would include both Griner and Whelan.

Now that she has been sentenced in the Russian court of law, their leverage is weaker.

The deal has been lambasted by former President Donald Trump who said earlier this week that it was “not a good trade“.

“She went in there loaded up with drugs, into a hostile territory and they are very vigilant with drugs. They don’t like drugs. And she got caught.

“The Russians might think Whelan is too much now… after today, his place in the deal is not so certain.

“And now we’re supposed to get her out for an absolute killer?

“One of the biggest arms dealers in the world. Killed many people, many Americans, and he’s going to get a free card and we’re going to get her out.

“She knew… you don’t go in there loaded up with drugs. She admitted it. It certainly doesn’t seem like a very good trade.

“He is one of the worst in the world and he is going to be given his freedom because a potentially spoiled person goes into Russia loaded up with drugs,” he said last week.

Bout, a former Soviet Military Officer, was arrested in Thailand in 2008 by Royal Thai Police at the request of American authorities.

Former US Attorney General, Eric Holder, called Bout ‘one of the world’s most prolific arms dealers’ in history.

Bout was so notorious, that his crimes inspired the 2005 film, ‘Lord of War’ which starred Nicholas Cage.