Premier League Clubs To Stop Taking Knee Before Every Match 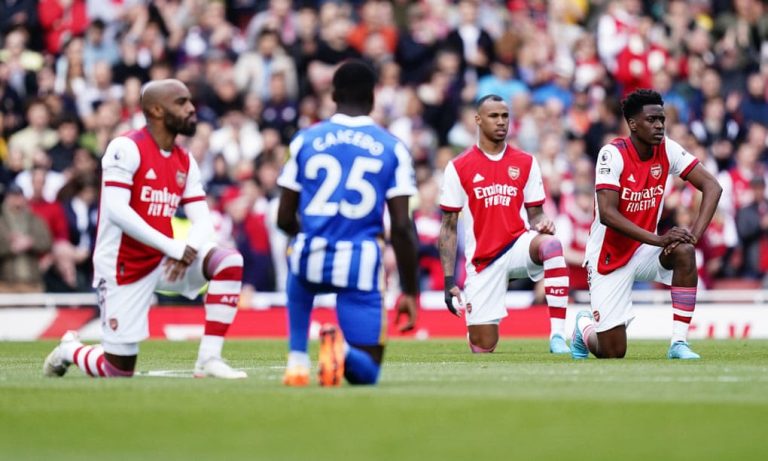 The English Premier League announced on Wednesday that the anti-racism gesture of taking the knee will be limited to certain matches in the 2022/23 season.

The decision results from meetings between the league and top-flight captains who consulted with their respective teams.

“We have decided to select significant moments to take the knee during the season to highlight our unity against all forms of racism, and in so doing we continue to show solidarity for a common cause,” club captains said in the announcement on the Premier League web site.

The Premier League said it supported the captains’ decision, and would elevate anti-racism messaging as part of its “No Room for Racism” campaign — words that already feature on players’ sleeves.

Premier League players began taking the knee at the start of every game in June 2020, when the season resumed following a Covid shutdown, a month after the killing in the United States of George Floyd.

Ex-NFL quarterback Colin Kaepernick started kneeling to protest against racial injustice in 2016, and the gesture has become a familiar sight across a range of sports since Floyd’s murder by a US police officer.

But several Premier League players have said the gesture was losing its impact — and some right-wing politicians in Britain have criticised its identification with the Black Lives Matter protest movement.

Rather than every match, Premier League players intend to take the knee at this weekend’s opening round of the season, and before dedicated “No Room for Racism” match rounds in October and March.

The captains said they will also observe it before Boxing Day fixtures, on the final day of the season, and before the FA Cup and League Cup finals.