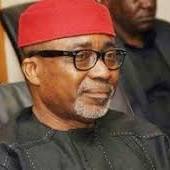 According to the Abia South Senator, such move was a smear campaign targeted at reducing Obi.

Abaribe wondered why the All Progressives Congress (APC), presidential candidate, Bola Tinubu has not been referred to as “Yoruba presidency” and that of the Peoples Democratic Party (PDP), Atiku Abubakar, as Fulani presidency.

The Senator spoke during a virtual town hall meeting organized by Ikengaonline.

He stressed that the former Anambra State governor should be seen as an individual pursuing his constitutionally-guaranteed rights.

He said that critics should stop linking Obi to his tribe and religion.

He said: ”It’s unfortunate that Peter Obi’s emergence which is now a silver lining has come with complications. Tinubu has a presidential ticket, nobody is saying it’s a Yoruba ticket.

”Atiku has a ticket, nobody is saying it’s a Fulani ticket. But Peter Obi got a ticket and everybody is shouting: ’It’s Igbo presidency. Some even try to link him with the Biafra agitation.

”Have they tried to associate Tinubu with the Oduduwa self determination agitation? Or Atiku within the Fulani herdsmen menace or the banditry in the North?”