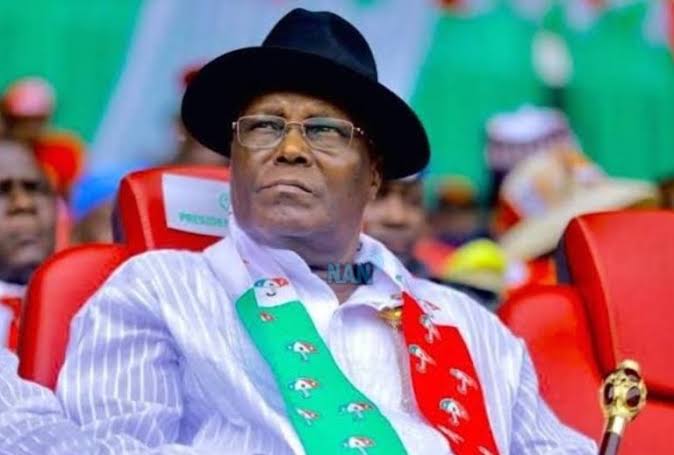 The former Vice President on Thursday, took to Twitter to react to the killing of Alika Ogorchukwu by an Italian man on Twitter.

The 39-year-old man, was on Friday beaten to death by a 32-year-old Italian man in Civitanova Marche city, Italy, while passersby watched and filmed, making no attempt to help him.

According to Abike Dabiri-Erewa, the chairperson of the Nigerians in Diaspora Commission, NiDCOM, he was a physically challenged street vendor and his murderer used his clutches to beat him to death.

The incident happened in the same week two Nigerian residents in Canada were shot dead.

“Well, I won’t say Nigerians are being attacked all over the world. The world is becoming a more dangerous place,” Abike Dabiri-Erewa said.

“Just as in Nigeria, in the case of Alika. Like I give an update, number one, the autopsy is out and he died of suffocation.”

She said the murder suspect has been arrested and the “next step is to be charged to court.”

Speaking further, the commission’s chairperson said the deceased’s lawyer is handling the matter.

Reacting to the latest development, the Peoples Democratic Party’s presidential candidate wrote: “The murder of a Nigerian, Alika Ogorchukwu, in broad daylight in the streets of Civitanova Marche, Italy, stands condemned. The life of every Nigerian, at home and abroad, is precious and deserves to be protected.

The steps so far taken by the Nigerian Embassy in collaborating with the Italian authorities to ensure that justice is done is commendable. -AA“

Atiku’s condemnation of Ogorchukwu’s death in Italy has garnered mixed reactions with many Nigerians calling him insensitive and hypocrite.

@ikwufabian tweeted: “Your excellency Sir, Deborah was also murdered in broad daylight, why didn’t you condemn that Sir?”

@sylvebaba: “Whosever that is handling AA’s twitter handle is not a professional and not sensitive at all. Condemning killing of Nigerian abroad on twitter but not bold enough to condemn killing of Deborah in Nigeria is the height of hypocrisy.”

@agara_well: “I’m glad you condemned the killing of Ogochukwu in Italy. Even tho you didn’t condemn the killing of Deborah, we accept you that way shaa since you will LOSE next year, no need to stress much on that.

Dear Atiku Abubakar, YOU WILL NEVER BE THE PRESIDENT OF NIGERIA!!!”

@AbalekeOny: “You did not condemn the gruesome murder of Deborah which happened in Nigeria where u are contesting to be president but u have suddenly found voice to talk about a murder that happened in Italy . Hypocrites pro max sir.”

Musa Dawa: “Condemn Deborah first Oga before your go Spain abi na Dubai de talk trash. Charity begins at home. How do you expect Italy to respond to you when you didn’t say anything at Sokoto?”

Aborah Love: “Same scumbag dat deleted his tweet against the murder of Deborah is condemning d killing of a Nigerian in Italy. He hasn’t solve the problem at his own backyard o; define Hypocrisy. Ur face will be on the sign post leading to hell.”

@nkemchor: “Dear Atiku, he was murdered the same way Deborah was also murdered but you cowardly retracted your tweet. Condemning his death will not win you any favour. Please stop playing politics with the lives of Nigerians. Thank you.”