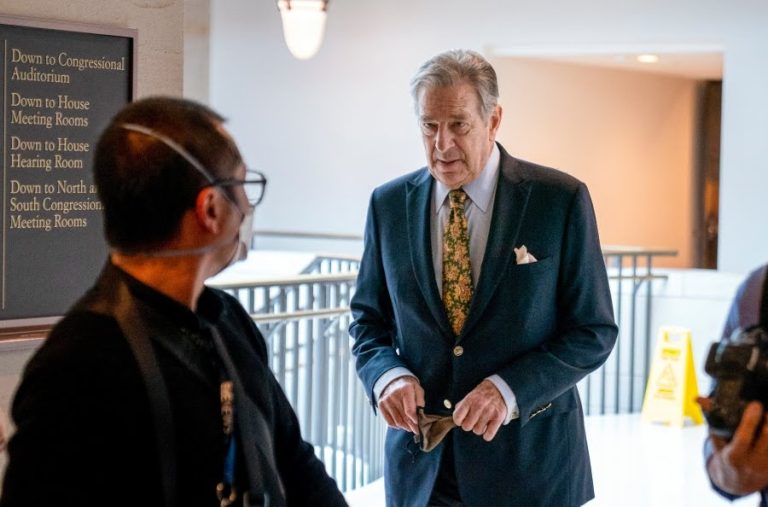 IBADAN, Nigeria (VOICE OF NAIJA)- Paul Pelosi, the husband of United States Speaker of the House, Nancy Pelosi, pleaded not guilty on Wednesday, to misdemeanor driving under the influence charges related to a May car crash in Northern California wine country.

Pelosi was driving a 2021 Porsche into an intersection near the wine country town of Yountville that was hit by a 2014 Jeep, according to the California Highway Patrol.

He was arrested following a 28 May crash in Napa County, north of San Francisco, after a DUI test showed he had a blood alcohol content level of .082%.

The blood sample was taken about two hours after the collision occurred at 10:17 p.m., the Napa County District Attorney’s Office said in a statement.

Prosecutors filed the case as a misdemeanor because of the injuries sustained by the 48-year-old driver of the Jeep. They have not described the injuries or provided more information about the other driver, saying the person has requested privacy.

Pelosi was released on $5,000 bail after his arrest.

The 82-year-old, did not appear in person at Napa County Superior Court on Wednesday, 3 August, 2022.

His attorney, Amanda Bevins entered not guilty pleas for him on charges of driving under the influence of alcohol causing injury and driving with a .08% blood alcohol level or higher causing injury.

State law allows for DUI misdemeanor defendants to appear through their attorney unless ordered otherwise by the court.

If convicted, Pelosi faces up to a minimum of five days in jail and up to five years of probation. He would also be required to complete a drinking driver class and install an ignition interlock device in his vehicle — a breathalyzer that requires the driver to blow into it before operating the vehicle, prosecutors said.

Meanwhile, his wife Nancy, has left Taiwan on an American Air Force jet and is on her way to neighbouring South Korea.

Tweeting shortly before her departure on Wednesday, Pelosi said: “Make no mistake: America remains unwavering in our commitment to the people of Taiwan – now and for decades to come.”

She met Taiwan President, Tsai Ing-wen in a visit that has been strongly condemned by China.

Pelosi, the most senior US politician in 25 years to visit Taiwan, said her delegation had come to make it “unequivocally clear” that the US would not “abandon” the island.

China had earlier said the US would “pay the price” for Pelosi’s visit.

Taiwan is self-ruled, but China sees it as a breakaway province that will eventually unite with it.