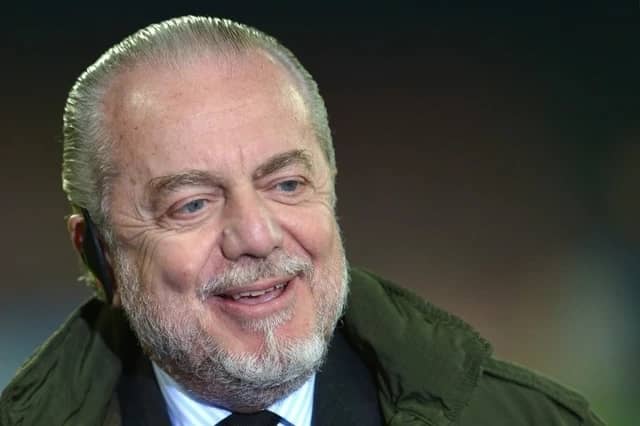 IBADAN, Nigeria (VOICE OF NAIJA)- Napoli President, Aurelio de Laurentiis has vowed never to sign another African player because of the AFCON.

De Laurentiis made the said statement at a live-streamed event where he vowed the club will never again sign another African player except that player agrees to not participate in AFCON.

Naples have had a couple of African players at the club, including Kalidou Koulibaly, Victor Osimhen and Andre Zambo Anguissa at the Diego Armando Maradona Stadium.

After spending seven years at the club, Senegalese international, Koulibaly, who led his country Senegal to their first-ever AFCON title at the AFCON2021 in Cameroon, has left the club for Chelsea.

However, Nigeria’s Osimhen, who missed that tournament in Cameroon earlier this year, and Cameroon’s Anguissa are still at the club.

According to Football Italia, DeLaurentiis said during a streamed event: “I told them, lads, don’t talk to me about Africans anymore.”

“I love them, but either they sign something confirming they’ll back out of playing the Africa Cup of Nations, or otherwise between that tournament, the World Cup qualifiers in South America, these players are never available!”

“We are the idiots who pay salaries only to send them all over the world playing for others,” the Napoli President added.

It will be recalled that ahead of the AFCON2021, Napoli threatened to take legal actions against African countries that tried to call up their players for the tournament.

Speaking in December, the club lawyer Mattia Grassani said the club will take legal proceedings to ‘protect their players’ amid Osimhen declaring himself fit and available for Nigeria following a career-threatening injury last season.

“Considering the epidemiological situation, there could be legal action, because this tournament (AFCON) takes away valuable resources from the clubs,” Grassani said last year in reaction to the COVID19 outbreak.

“It is a particular historic moment, so it would be different if we felt 99 per cent confident of the situation. The clubs invested a lot of money for signing players like Victor Osimhen, so if he were to become infected, that’d be tough to deal with.

“The first step would be legal action to prevent the call-up, then if there were concrete elements to sue because the health standards are not the same as in European competitions, then there could be more appeals to gain an exemption for Europe-based players.”