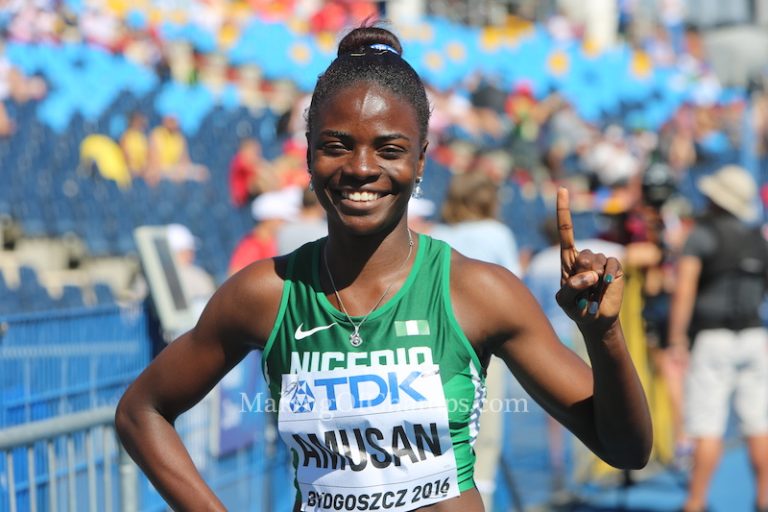 LAGOS, Nigeria. (VOICE OF NAIJA) – Tobi Amusan, the current world record holder in the women’s 100m hurdles, has relived some of her childhood experiences following her phenomenal feat at the World Athletics Championships in Oregon.

The Nigerian sprinter broke the world record in the semis of the 2022 World Athletics Championship on her way to winning a gold medal in the finals where she set another world record.

After this enviable feat, there were several reports making the rounds that her father had burnt her shoes because she was too invested in her passion to become an athlete instead of his desire to have her study to become a doctor.

Reports had made the rounds that her father burnt her shoes because he was bent on having her study to become a doctor, but she was too invested in her passion to become an athlete.

During an interview monitored by voiceofnaija.ng, Ms Amusan, who set a new world record in women’s 100m hurdles with a 12.06 seconds race, clarified the media reports by explaining what transpired between her parents and her.

“My parents didn’t burn my shoes because they didn’t want me to do tracks, they did that because I was stubborn. I wanted to put 100% in my practice but put whatever in my studies,” Tobi began.

“I’m trying to change that narrative of him not wanting me to do track. I’m that one stubborn girl.”

The 25-year-old Ogun State indigene also shed some light on her childhood, as well as life after emerging a world champion in Oregon, USA.

She said: “I came from a family of three, and we had just our zone. And coming to the Untied States, I kept the same momentum. Just me and my coach.

“Honestly, I’m still the same Tobi. The only difference is people call me the world record holder, everybody wants to take pictures. When I walk around, everybody is staring.”

The reigning champion in the Commonwealth Games 100m hurdles will be hoping to defend her title in Birmingham as Nigeria looks up to her to increase the country’s medal haul at the event.