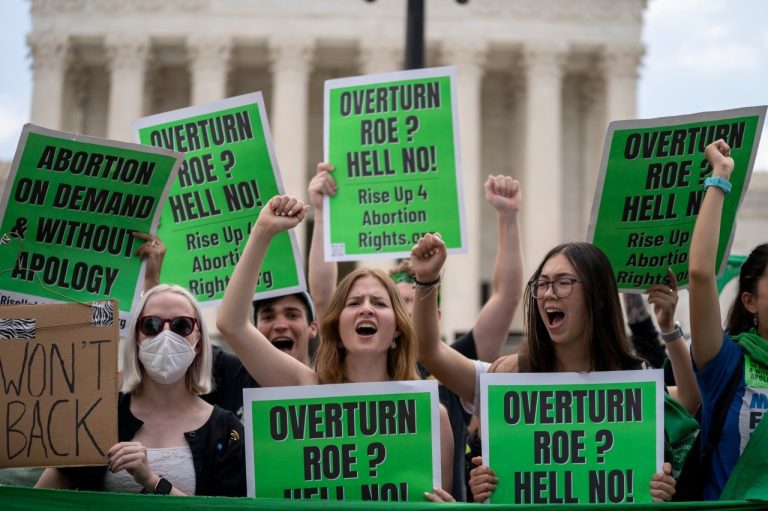 Voters in the US state of Kansas rejected a ballot measure on Tuesday, which would have allowed state lawmakers to tighten restrictions or even ban the procedure altogether.

The amendment’s failure in the conservative state on Tuesday lifted Democrats’ hopes that the issue of abortion rights will energise voters in November’s midterm elections even as they worry about surging inflation.

The result also will prevent Kansas’s Republican-led legislature from passing severe abortion restrictions in the state, which has become a key abortion access point for the US heartland.

Tuesday’s vote drew a higher than expected turnout. With 98 percent of the vote counted, 59 percent of voters favoured preserving abortion rights compared with nearly 41 percent who supported removing abortion protections from the state constitution, according to Edison Research.

US President Joe Biden joined Democrats across the country in applauding the results on Tuesday.

“This vote makes clear what we know: The majority of Americans agree that women should have access to abortion and should have the right to make their own health care decisions,” Biden said in a statement.

”Today’s vote was a powerful rebuke and a promise of the mounting resistance.”

Kansas’s ballot initiative is the first of several that will ask US voters to weigh in on abortion rights this year. Kentucky, California, Vermont and possibly Michigan will have abortion on the ballot this fall.

As a result of the ruling, Kansas has maintained more lenient policies than other conservative neighbours. The state allows abortion up to 22 weeks of pregnancy with several restrictions, including a mandatory 24-hour waiting period and mandatory parental consent for minors.

Patients travel to Kansas for abortions from Texas, Oklahoma, Missouri and other states that have banned the procedure almost entirely since the Supreme Court in June overturned Roe, the 1973 decision that legalised abortion nationwide.