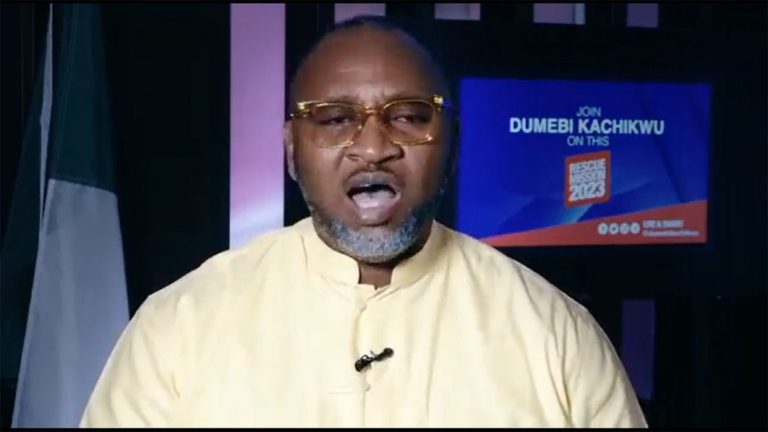 ENUGU, Nigeria (VOICE OF NAIJA)- The presidential candidate of the African Democratic Congress (ADC), Dumebi Kachikwu, has called on the National Assembly to impeach its leaders before President Muhammadu Buhari, claiming that they were complicit in his stay in office.

Kachikwu said Buhari’s impeachable offences did not start now, stressing that it began since his inception in office.

He stated this in Abuja when he paid a condolence visit to Senator Patricia Akwashiki on the death of her mother.

He said, “The President ought to have been impeached seven years ago in his first year of office, his failures didn’t start today, it started then.

“If they are doing it now, it means they have made Nigerians suffer for nothing, thousands dead, tens of thousands displaced, the economy has collapsed, our streets flow with the blood of the innocent, our borders are porous for terrorists.

“Our farms are no longer existent, we now sell human organs as one of our main businesses in Nigeria, kidnapping is on the rise. There’s no area you can say this President has done well. Whatever impeachable offence we are talking about now has existed for the last couple of years, why today, it’s self-serving.”