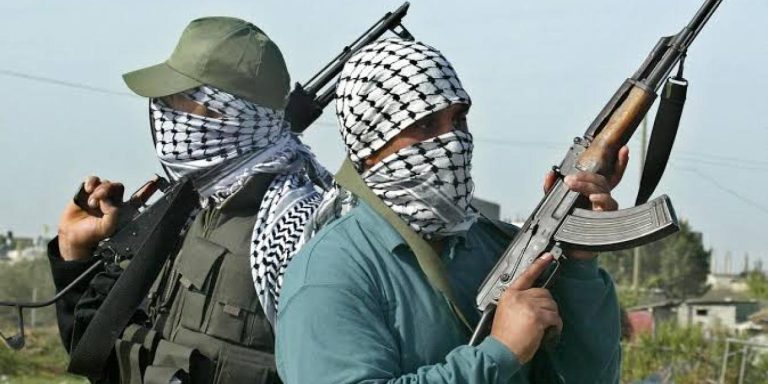 IBADAN, Nigeria (VOICE Of NAIJA)- Two persons who were abducted recently in Ogbomoso town, Oyo State, have been killed by their abductors alongside a motorcyclist, according to reports.

Olugbenga Owolabi is a hotelier who recently returned to Ogbomoso while Rachael Opadele is a student of Ladoke Akintola University of Technology (LAUTECH) but was working at the hotel due to the ongoing Academic Staff Union of Universities (ASUU) strike.

The duo were abducted on 29 July, 2022, at the hotel located in Abaa area of Ogbomoso.

Sources said the kidnappers had earlier demanded ransom for the release of the victims.

It was, however, learnt that the duo have been killed.

They were reportedly shot on Tuesdays evening by the kidnappers after a sum of N5million was collected as ransom.

A family source who spoke under anonymity on Wednesday, said the motorcyclist who transported the man who went to the ransom was also killed.

The motorcyclist was shot dead in anger, while the ransom carrier is currently receiving medical treatment in an undisclosed hospital.

The source said the ransom was taken to the bush along the Ogbomoso-Ilorin road around Igbon area and that the kidnappers counted the money to ensure it was up to the agreed amount.

It was gathered that the kidnappers became angry when they became aware of the presence of soldiers at the LAUTECH area.

It was learnt that the soldiers stormed Ogbomoso on Tuesday, to provide security sequel to the increasing waves of kidnapping in the area.

According to a source, the sum of N5million was paid but the kidnappers went ahead to kill the duo and the motorcyclist.

The source added that the matter has been reported at Igbon Police Division.

“They have killed them. They demanded ransom and we sent someone who promised to deliver it.

“We saw a motorcyclist who said he can go. He said that he will collect five thousand naira and we paid.

“But, the kidnappers after collecting the money went ahead to kill them. Don’t mention my name because I don’t want anyone to be looking for me. We have reported the case at Igbon police station”.