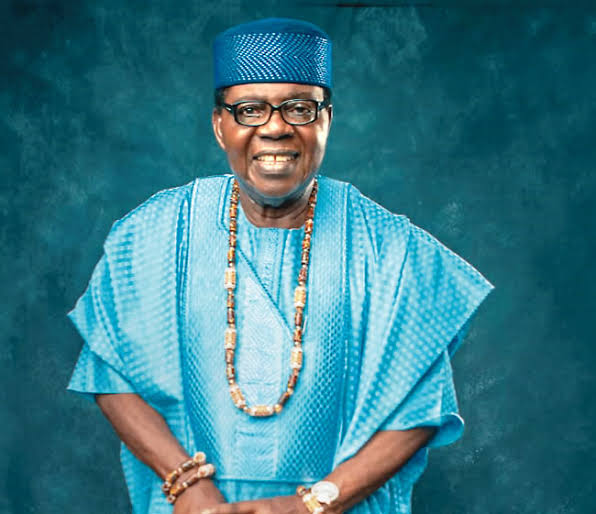 IBADAN, Nigeria (VOICE OF NAIJA)- Nigerian music legend, Ebenezer Obey has expressed sadness over the death of his son, Olayinka who died at the age of 48.

The octogenarian musician received the news of Olayinka’s demise, during his short vacation in the United Kingdom.

Evangelist Obey said that he did all he could to help the deceased fight his weakness but it was to no avail.

His son’s death pushed the Evangelist into joining the war against alcoholism and drug addiction, particularly among the youth in Nigeria and abroad.

According to Tunji Odunmbaku, the general manager of Obey Music Group, in a statement signed and released on Tuesday, the musician is starting a separate ministry which would focus on creating awareness of the dangers of addiction.

The ministry which has been labelled ‘Freedom from Alcoholism and Drug Addiction Ministry’ (FADAM) is a separate one apart from the existing Ebenezer Obey Evangelistic Ministry and Decross Gospel Mission.

According to the statement, FADAM would also become an avenue to assist parents and families of alcoholic and drug-addicted children and youths as it would allow them to overcome the challenges and be better citizens in the society.

The music veteran stressed that the reason behind the launch of the new ministry become paramount to turning the pains of the death of his son, Olayinka into a solution ministry to parents and families of such children and youths passing through the same experience.

Obey while expressing sadness over the death of his son said: “The doctors called me six months ago to inform me that Yinka has less than six months to live, this was very painful and bad news that a father must not hear about his son, since then, “l went back to the Holy Spirit to teach me what to do and the result of my communication with the Holy Spirit is the launching of this ministry,” he said.

“I have received several condolence messages from all and sundry, l appreciate and thank you all for your love and concern. l also thank Yinka’s friends for their effort and support and l must thank Shina Obey-Fabiyi (my eldest son) for coordinating all his younger brothers and sisters, for extra and special care for Yinka till the end of his life. I also thank the pastors, elders, and the entire Decross family for everything.”

“Once again! I appreciate all condolences, but let us rather turn further condolences to prayer support of this new ministry to help those who are in pain of alcoholism and drug addiction. Job 22:21: “Acquaint now thyself with God, and be at peace: thereby good shall come unto thee. Get out of Alcoholism, Get out of Drugs. Jesus Loves you,” he concluded.

Obey, however, assured his fans and music lovers that the incident, though sad, would not in any way affect all his pending engagements.