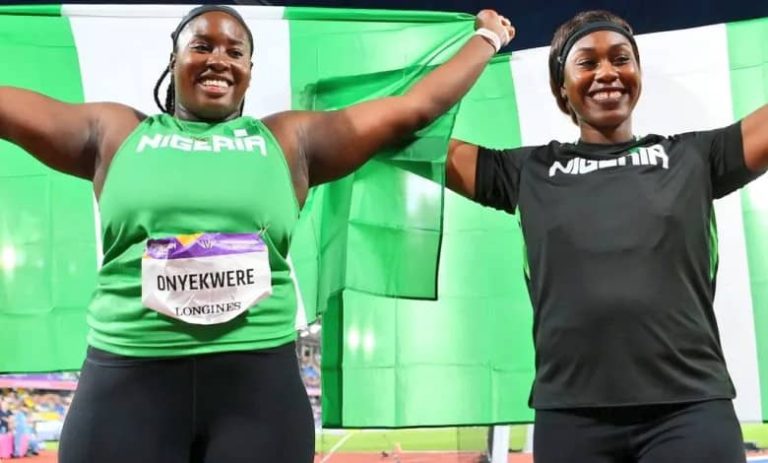 For the very first time in Nigeria’s history, the country secured a gold medal in the Commonwealth Games Women’s Discus event at the Alexandra Stadium in Birmingham, U.K

Though she was ranked second among the throwers on parade ahead of the final, Onyekwere proved the bookmakers wrong; beating the fans’ favourite to the gold medal.

Aside from Onyekwere’s gold, the current national champion, Obiageri Amaechi, also got on the podium, clinching the bronze medal in this event.

England’s Jade Jally won the silver medal in the event.

In weightlifting, Osijo Mary won a bronze medal in the women’s 87KG event.

Mary lifted a total 236 KG to finish in third place.

The two medals won on Tuesday night are the first set of medals Nigeria will win in Athletics at the ongoing Games in Birmingham.

It is expected that more medals will be raked in on Day 2 of the Athletics event, with so many finals lined up for Wednesday.

Meanwhile, unlike Monday when Team Nigeria had just one bronze medal to show for their efforts, Tuesday was much better with Nigeria winning all three shades of medals, gold silver, and bronze.

In all, Team Nigeria at the end of Day 5 now has eight medals; three gold, one silver, and four bronze. They have dropped to the 10th spot on the medals tables.