US Hits Russia With Fresh Sanctions As Ukraine War Grinds On 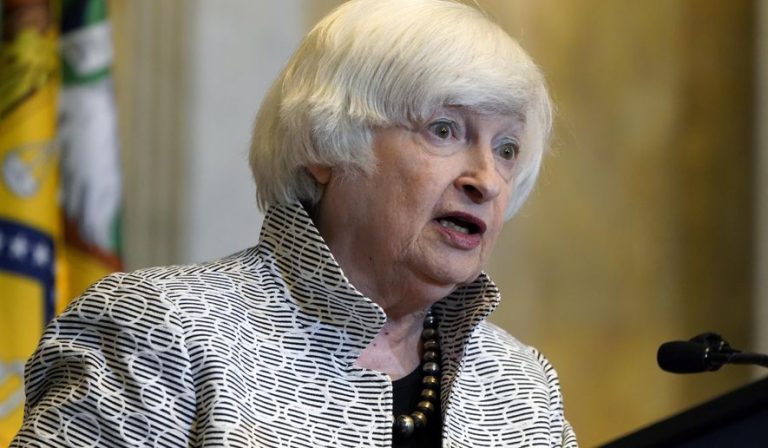 The United States on Tuesday announced new penalties targeting top Russian business figures, a private enterprise and a financial institution that helped a Moscow-backed investment fund evade sanctions as the war in Ukraine continues to grind on after five months.

The new sanctions, announced by the Treasury Department, hit five individuals with ties to the Kremlin and Investitsionnya Kompaniya, an investment company that provides consulting services for wealthy Russians.

A $120 million yacht owned by one Russian oligarch sanctioned Tuesday was designated “blocked property.” That means that any transaction related to the yacht, including maintenance, the hiring of a crew or the payment of docking fees cannot be conducted with U.S. individuals or U.S. dollars.

“As innocent people suffer from Russia’s illegal war of aggression, [Russian President Vladimir Putin’s] allies have enriched themselves and funded opulent lifestyles,” said Treasury Secretary Janet Yellen. “The Treasury Department will use every tool at our disposal to make sure that Russian elites and the Kremlin’s enablers are held accountable for their complicity in a war that has cost countless lives. Together with our allies, the United States will also continue to choke off revenue and equipment underpinning Russia’s unprovoked war in Ukraine.”

Among those sanctioned is Andrey Guryev, the founder and former deputy chairman of PhosAgro, a leading Russian chemical company. Mr. Guryev owns the second largest estate in London after Buckingham Palace and it was his yacht that the U.S. labeled as “blocked property.”‌

Mr. Guryev’s son, also named Andrey, was sanctioned. He had previously served as the CEO of PhosAgro and owns a Russian investment entity.

Others who face penalties include Viktor Filippovich Rahsnikov, who owns  Magnitogorskiy Metallurgichesky Kombinat, one of Russia’s largest steel manufacturers; Alina Kabaeva, a former member of the Russian State Duma; and Natalya Popova, who heads a Russian technology company.