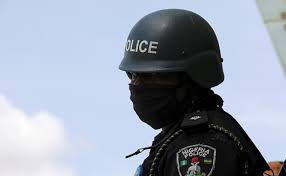 IBADAN, Nigeria (VOICE OF NAIJA)- A teenager and his accomplice have been arrested by the Niger State Police Command, over the kidnap and murder of a 13-year-old boy, Yasir Salisu.

Wasiu said the suspects, Nafiu Umar, 18, and Usman Sabiu, 22, confessed to kidnapping the victim to collect ransom from his father.

“Usman Sabiu confessed to have conspired with Nafiu Umar and abducted the missing person to the house of Nafiu with the intention of collecting N100,000 from the victim’s father.

Unfortunately, he claimed that the victim could not produce the father’s contact to demand ransom and both suspects were identified by the victim, who are neighbours, hence the victim was strangled and killed by the suspects,” the statement read.

The PPRO added that the suspects buried the body in a shallow grave by the riverside.

“However, the corpse was exhumed and deposited at the Umar Yar’adua Hospital morgue for an autopsy,” the police spokesman said.