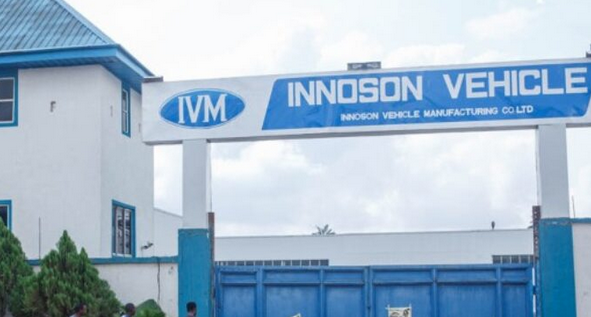 ENUGU, Nigeria (VOICE OF NAIJA)- Innoson Vehicle Manufacturing Company has insisted that it never breached the agreement in the vehicle deal with the Imo State government.

The head, corporate communications and affairs, Innoson Vehicles, Cornel Osigwe made this known in a statement on Monday.

According to the company, the state government is yet to pay any amount since it delivered the vehicles in April 2021.

The statement read, “Our attention has been drawn to a statement purportedly released by the Commissioner for Information and Strategy, Hon. Declan Emelumba on behalf of the Imo State Government.

“The said statement was unscrupulously written to water down the facts and substance stated in our earlier statement. We do not wish to join words with Imo State Government as we now have it on good authority that it has engaged its e-dogs to discredit our brand in the media space.

“The matter is now before the courts and we have always believed in the integrity of the judiciary to do the right thing when facts are stated.”

Innoson also maintained that there was never such a contract in the deal, to set up a maintenance and mobile workshop in Owerri, the state capital.

“To the best of our knowledge, Innoson Vehicles has always maintained and serviced the vehicles supplied to the Imo State Government up to the stage the company decided to disengage its maintenance and servicing as a result of non-payment of servicing parts used, which have risen to above N7m.

“This particular debt, among others, is what Innoson Vehicles has detailed to recover from the law court. Innoson Vehicles is not a charitable organisation but a business concern that needs money to stay in business.”

“The statement on servicing of debt in all its entirety is false. Note especially that the mode of transaction Innoson Vehicles did with Imo State Government is not only peculiar with the state, but Innoson Vehicles have also used a similar model to many of its clients, including state governments.

“We have some clients who couldn’t pay at once but entered a payment plan with the company even up to a 12-month plan. Since the vehicles were delivered in April 2021, the state government hasn’t paid one naira.”

Innoson Vehicles had filed a lawsuit against the Imo government over N2.54 billion debt claims.

But the Imo government said the management of Innoson Vehicles breached the contractual agreement regarding the sale and maintenance of the vehicles.