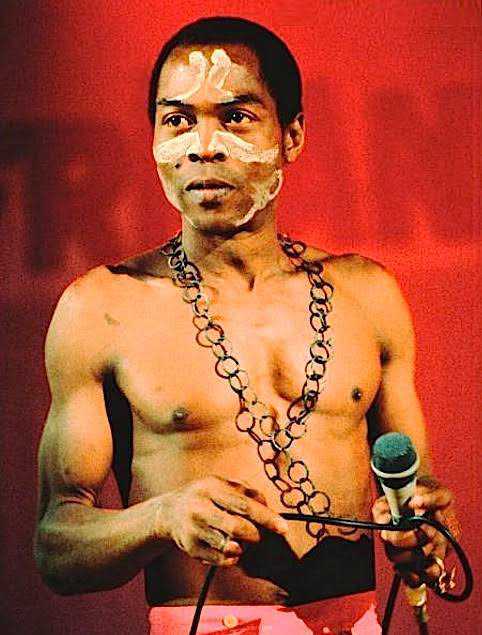 IBADAN, Nigeria. (VOICE OF NAIJA) –The family of Fela Anikulapo-Kuti, on Tuesday, 2 August, marked the 25th anniversary of the Afrobeat legend’s demise.

Remembering their late father, who died on 2 August, 1997, Femi and Seun Anikulapo-Kiti, who are also musicians paid tribute to the legendary singer.

Hailing Fela as the soul of Afrobeat, Femi noted that he misses his father, even after 25 years of the icon’s demise.

Sharing a post in the early hours of Tuesday, Femi Anikulapo-Kuti wrote: “25 years on, still in our hearts. I miss you more and more. The one and only Abami Eda #FELA. The soul of #Afrobeat.”

On his part, Seun Kuti said, “25 years ago, you transitioned. Words can’t begin to express how much more alive you have become in spirit, as we continue to strive for the Africa you fought for. We continue to ask that you allow your light to guide our path. Ase!!”

One of the most powerful and influential stars in African music, Fela Kuti was a human rights campaigner and political activist as well as an enthralling performer and Afro beat pioneer.

As a son of a Protestant minister in Nigeria, he moved to London in 1958 to study medicine but transferred instead to London’s Trinity College and concentrated on music.

He formed the band Koola Lobitos playing a fusion of jazz and highlife dance music, but returned to Nigeria and joined Victor Olaiya & His Allstars.

In 1967 he moved to Ghana, formulating a new fusion dance style he called Afro beat, re-naming his band Nigeria 70 – and then Africa 70.

Heavily influenced by the Black Power movement, Kuti introduced a hardline political edge to his music and, back in Nigeria, set up his own communal recording project, the Kalakua Republic.

He became a superstar across Africa and was one of the first acts to popularise African music in the rest of the world.

In 1977 he released the hit album Zombie, a scathing attack on the Nigerian military, which made him a controversial figure and he was subjected to physical attack.

This served merely to harden Kuti’s attitude and music and he even formed his own political party, attempting to become president of Nigeria.

In 1984 he was imprisoned on charges of currency smuggling and stopped recording during the 1990s.

In 2008, his life was honoured in a Broadway musical Fela!