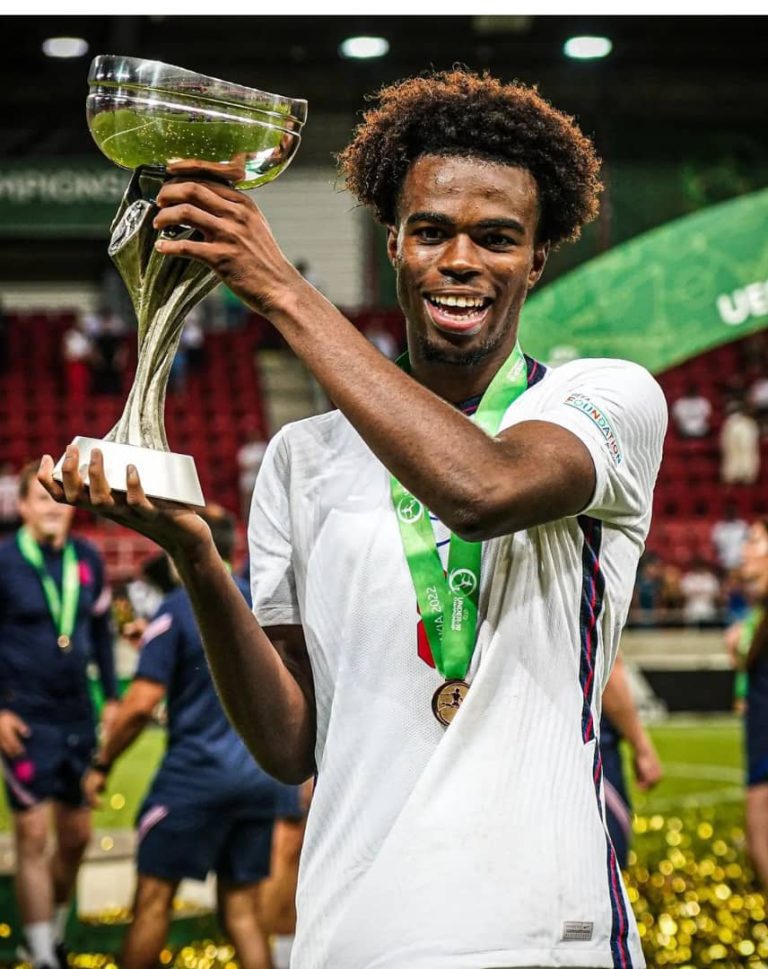 IBADAN, Nigeria (VOICE OF NAIJA)- Chelsea confirmed they have agreed to a deal with Aston Villa to sign England U21 midfielder Carney Chukwuemeka.

A report on www.chelseafc.com on Tuesday confirmed that both clubs had reached an agreement for the permanent transfer of Chukwuemeka.

The report stated, “Aston Villa and Chelsea can confirm that the clubs have reached an agreement for the permanent transfer of Carney Chukwuemeka.

“The 18-year-old has been given permission to travel to London to discuss both personal terms and undergo a medical.”

Chukwuemeka, who turned 18 in October, played 19 be games for Villa after making his first team debut at the end of the 2020-21 season.

The highly-rated midfielder made 11 Premier League appearances last season under Steven Gerrard and was hailed as a ‘future star’ by former Arsenal and England winger Paul Merson.

He was also named Villa’s Academy Player of the Season for the 2020-21 campaign.