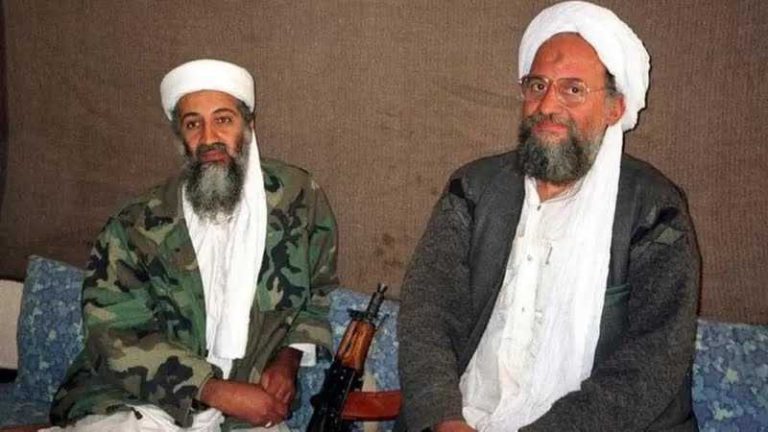 Biden disclosed this in a speech at the White House on Monday night, 1 August, 2022.

Al-Zawahiri was killed on Sunday in the biggest blow to the group since its founder Osama bin Laden was killed in 2011.

“Justice has been delivered. And this terrorist leader is no more. No matter how long it takes, no matter where you hide — if you are a threat to our people, the United States will find you and take you out,” Biden said.

Zawahiri was located earlier this year after a search for decades. He had moved to downtown Kabul, Afghanistan, to reunite with members of his immediate family, Biden revealed.

An Egyptian surgeon with a $25m reward on his head, al-Zawahiri helped coordinate the September 11, 2001 attacks on the US that killed nearly 3,000 people.

According to Biden, the airstrike was carefully planned and recorded no civilian casualties.

“After carefully considering the clear and convincing evidence of his location, I authorized a precision strike that would remove him from the battlefield once and for all,” the US president said.

“This mission was carefully planned and rigorously minimized the risk of harm to other civilians. And one week ago, after being advised that the conditions were optimal, I gave the final approval to go get him, and the mission was a success. None of his family members were hurt, and there were no civilian casualties.”

Reacting to the news, former president of the United States, Barrack Obama, has described the counter-terrorism attack as a tribute to the current president’s leadership.

“More than 20 years after 9/11, one of the masterminds of that terrorist attack and Osama bin Laden’s successor as the leader of al-Qaeda – Ayman al-Zawahiri – has finally been brought to justice,” he said in a tweet.

“It’s a tribute to president Biden’s leadership, to the members of the intelligence community who have been working for decades for this moment, and to the counterterrorism professionals who were able to take al-Zawahiri out without a single civilian casualty.”

“Tonight’s news is also proof that it’s possible to root out terrorism without being at war in Afghanistan. And I hope it provides a small measure of peace to the 9/11 families and everyone else who has suffered at the hands of al-Qaeda.”

Zawahiri was said to be involved in the bombing of the USS Cole in 2000, which killed 17 American sailors and wounded dozens more, and the bombing of US embassies in Kenya and Tanzania which led to the death of many.