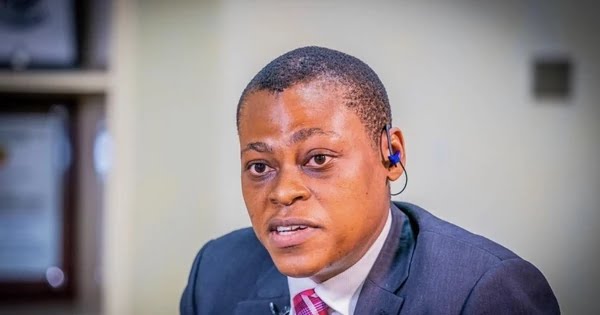 The journalist, on Monday, alleged that a police officer forcefully took his car over traffic violation in Lagos State.

Taking to Twitter to narrate what happened, the journalist said the police officer pointed a gun at him because he committed a traffic offence.

He tweeted: “A Nigerian police officer pointed a gun at me and forcefully took my keys and drove my car off, because he wanted to enforce a traffic infraction.”

Reacting to Oseni’s tweet, the Chief Press Secretary to Lagos State Governor, Gboyega Akosile described the broadcast journalist as a lawbreaker saying he (Rufai) had already admitted his offence to the police.

Akosile tweeted: “Thank you Rufai, while the @PoliceNG deal with the police officer in their own way, we’d ensure that necessary action is taken against you for driving on BRT lane as you’ve admitted to the police. You’re a lawbreaker and you should face the necessary penalties.”

But Rufai in another tweet replied Akosile saying he did not deliberately break the law. He said he would not have passed the BRT lane if other drivers had not used the lane.

“I am not a lawmaker I saw cars pass through the Supposed BRT lane and they were not stopped all of a sudden I was stopped and told I used the bus lane.

“If I didn’t see other cars I will not go through, plus I want conversant if the road. In fact after I was stopped three cars also Passed and nothing was done about them. I will never deliberately break the law. I just want to point that out.

“I am terribly hurt. Enforcement can be done via remita or other could be tidier.We need to use technology to help the police.

“I offered to pay for the traffic infraction but the police was hell bent of forcefully collecting my keys and pointing a gun at me.

“I saw three other cars drive by the BRT lane and they were not stopped.

“I am at sea! Why point a gun at me and forcefully collect my key. I am shocked.

“I think the police needs training and retraining.”

Reacting to the Arise TV reporter’s allegations, Lagos State Police Command spokesperson, Benjamin Hundeyin said: “Rufai, let’s not do this. You admitted to me that you passed a BRT lane. It’s against the law. You claim that google maps took you there is not tenable. You disobeyed and resisted the officers. We’ll sanction the officer who used the firearm if proven…”

A tweep identified as @enwagboso said: “You broke the law. You need driver’s training and retraining. You admitted to breaking the law, but the person enforcing the law should undergo training, while you don’t encourage yourself to undergo more driver’s training.
We want Nigeria to be better. You’re not an exception.”

@olamilekan7 also wrote: “Yes. The police need training and retraining and which they’ve been doing so without your public sympathy to the offense that you committed by disobeying traffic rule and offered bribe to the police.

“Meanwhile. You also need training and retraining in journalism and how to live among people professionally. Without the euphoria of twitter likes and retweet.”

Stainless Chacha tweeted: “Werey… Did you for once acknowledge you committed a traffic offence? Kettle calling the pot black. You are a true Nigeria, you ain’t different from the police neither the politicians you berate on a daily basis.”

According to @afolabioluwafem: “Yes mr ruffy, it important we have training and retraining but more pertinent to talk about the welfare of our officers. Govt must show will and interest to deal with issues of salaries, pensions and other benefits if we must get the desire result.”

@omoiyarisi, while lending a voice to the issue, wrote: “You want us to believe your own side of the story alone right? And Rufai will u break traffic rules in the UK? I bet u won’t but u blame ur leaders daily with ur colleagues in ur studio but u break d laws of d land with impunity and will even question why you been prosecuted.”

@SavvuRinu noted also, thus: “Normal behavior for @policeng The common man on the streets even face worse. You are lucky they didn’t fire a shot at you sir.”