Gunmen Kidnap Nursing Mother, Baby And 2 Others In Benue 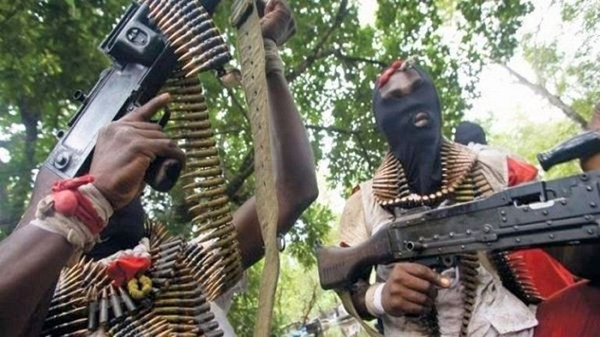 IBADAN, Nigeria (VOICE OF NAIJA)- Gunmen have kidnapped a nursing mother with her baby and two others at Rafin Ciyawa village in the Ningi Local Government Area, Bauchi State.

It was learnt that the gunmen invaded the village on the night of Thursday, July 28 at about 2 am during which the gunmen abducted the victims. The victims include Mr Nnami Sunday, a businessman; his wife, Mrs Mercy Nnami, 42; her four-month-old baby boy and a sales boy.

Executive Chairperson of Ningi local council area, Mamuda Hassan Tabla told Tribune that 24 hours after the abduction, the kidnappers released the nursing mother and the baby after some amount was paid but continued to hold the businessman and others captive.

Ther kidnapers have demanded a ransom of N10 million for the victims.

“As a Council, a tight security measure has been put in place to ensure that all those in captivity with the kidnappers are safely released as well as ensure that such did not happen again in the area,” Tabla said.

The Council Chairman said armed men were resurfacing in the area because of the rainy season which has turned the forest green everywhere, thereby giving the gunmen an advantage in their operations.

He lamented that because of the muddy nature of the terrain, security agents can no longer enter the bushes to comb them like like they do during the dry season.

Tabla then appealed to the state government to come to the aid of the council by deploying security personnel, particularly soldiers to the area.

He expressed confidence that with more armed personnel, there would be effective patrol and combing of the entire forest to smoke out the bandits from their hiding areas as was done in the previous years.

The spokesperson for the state police command, SP Ahmed Wakili, who confirmed the abductions, said, “At about 2.00hrs, unknown gunmen stormed the house of one Mr Nnami Sunday a businessman at Rafin Ciyawa village in Ningi LGA of Bauchi State took away his wife, Mrs Mercy Nnami, 42 years old with her 4-month-old baby boy and a sales boy, one Bala Ali who is 27 years old.”

Wakili added that “on receiving the information, the Commissioner of Police, Umar Sanda directed the DPO of Ningi, Burra and the Area Commander to commence discreet investigations”.

“Presently, the Command and a group of vigilantes has been dispatched to the forests to comb the area for possible rescue of the victims. Other sister security agencies are collaborating with the police on the rescue mission,” he added