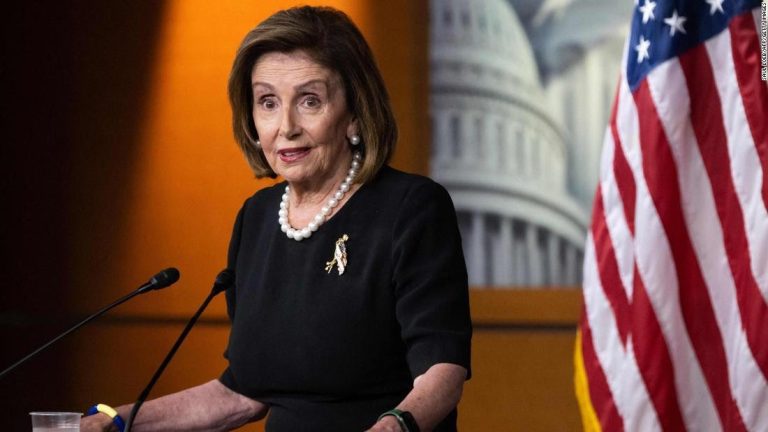 China, on Monday, said its military will not “sit idly by” if Nancy Pelosi were to visit Taiwan, the self-ruled island claimed by Beijing.

According to multiple reports, Pelosi is expected to visit Taiwan as part of her tour of Asia.

This was stated by a senior Taiwanese government official and a US official, despite warnings from Biden administration officials, who are worried about China’s response to such a high-profile visit.

The stop – the first for a US House speaker in 25 years — is not currently on Pelosi’s public itinerary and comes at a time when US-China relations are already at a low point.

The Taiwanese official added that she is expected to stay in Taiwan overnight.

It is unclear when exactly Pelosi will land in Taipei.

Zhao Lijian, Chinese foreign ministry spokesperson, reiterated earlier warnings on Monday, saying “there will be serious consequences if she insists on making the visit”.

He did not spell out any specific consequences.

“We are fully prepared for any eventuality,” he said.

“The People’s Liberation Army [PLA] will never sit by idly. China will take strong and resolute measures to safeguard its sovereignty and territorial integrity.”

China has been steadily ratcheting up diplomatic and military pressure on Taiwan.

Threats of retaliation over a visit by Pelosi have driven concerns of a new crisis in the Taiwan Strait.

Taiwan’s foreign ministry, however, said it had no comment on reports of Pelosi’s travel plans.

Amid widespread speculation over whether she would make a stop in Taiwan, Pelosi’s office said on Sunday that she was leading a congressional delegation to the region that would include visits to Singapore, Malaysia, South Korea and Japan. It did not mention Taiwan.

Zhao said it would be “a gross interference in China’s internal affairs” if Pelosi visits Taiwan, and warned it would lead to “very serious developments and consequences”.

Asked what kind of measures the PLA might take, Zhao said: “If she dares to go, then let us wait and see.”