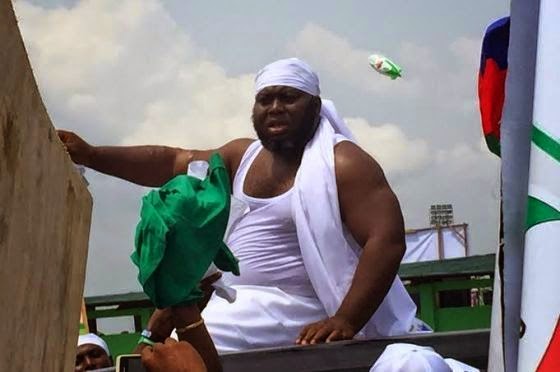 Asari Dokubo, a former Niger-Delta warlord, has claimed that the Labour Party presidential candidate, Mr. Peter Obi, should be in jail for investing Anambra State funds in his family business during his tenure as the state Governor.

The former Niger Delta militant leader in a viral video, alleged that Obi invested $30 million of Anambra State funds in a company owned by his family.

Dokubo said, “In a normal country, Peter Obi is supposed to be in jail for investing state money in a family business and failed.”

It would be recalled that Dokubo recently described the Labour Party’s presidential candidate as a glorified “Yahoo Yahoo boy” (fraudster).

He also, urged Nigerians not to vote for the former Anambra State governor in the 2023 presidential election.

Dokubo had stressed that Peter Obi was not fit for the highest political office in the country.

Meanwhile, Obi had denied any involvement in corruption during an interview in which he was asked why he invested $30 million of Anambra State funds in a company owned by his family.

He denied this in response to a question by Kadaria Ahmed, host of ‘The Candidates’, a presidential town hall co-production between Daria Media and the Nigerian Television Authority (NTA), with support from the MacArthur Foundation, held in Abuja recently.

Obi said the company in question belonged to his parents, and that he had no dealings in it after he became a public officer.

“I brought International Breweries into Nigeria and as a Governor of a state, they built a greenfield facility in the state and they came to me and said ‘as our partner, we want you to own 15 per cent of this company’, and I said to them ‘No, right now, I am the Governor of a state. I know the future of this brewery, and I want the state to own 10 per cent and since I’m no longer involved in the company, they can own five per cent’. I put in $30million of state money there, it’s now worth $100million and it’s still there. No other state in this country has such investment.

“Personally, I have no investment; not even one Naira. Go to the Corporate Affairs Commission (CAC) today, if you will see Peter Obi as owner of one share; it doesn’t exist. Next is a family company started by my own parents and as their child, I ran it at a time, and when I became Governor, I had nothing to do with it till today.

However, Charles Soludo, the state governor, has denied that the state’s investment in the brewery is now worth $100 million.