Ortom Calls For Release Of Kanu, Igboho, Says He May Become Freedom Fighter 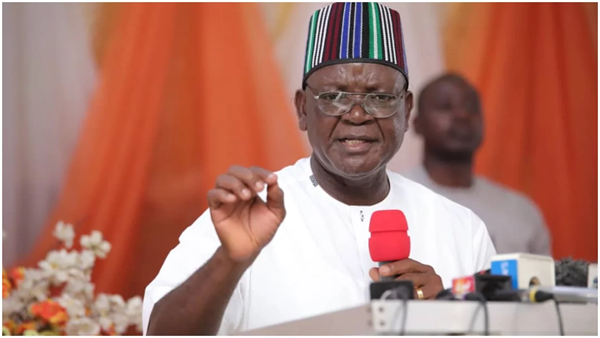 Governor of Benue State, Samuel Ortom has called for the release of Nnamdi Kanu, leader of the Indigenous People of Biafra (IPOB), and Sunday Igboho, Yoruba Nation agitator.

Governor Ortom said he called for their release because they are freedom fighters.

He also disclosed that he may become a freedom fighter like Kanu and Igboho after leaving office in 2023.

Ortom stated this while addressing journalists, in Makurdi, the state capital on Monday.

He maintained that the two freedom fighters; Nnamdi Kanu and Igboho, are not bandits, hence should be released.

The Governor warned that security agents should stop harassing Kanu and Igboho due to their agitation.

“They should stop harassing Kanu and Igboho because these are freedom fighters.

“If tomorrow, I leave office and decide to become a freedom fighter for my people, nobody should harass me,” Ortom stated.