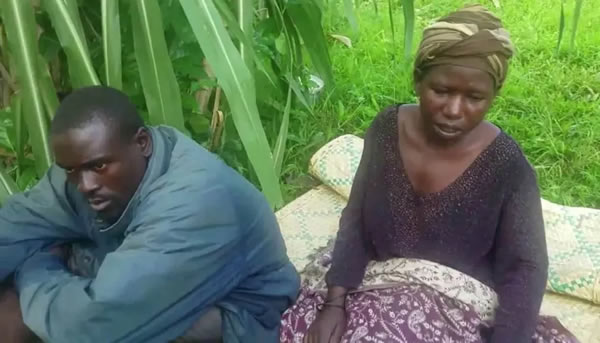 A woman identified as Faridah Kiconco, is demanding compensation from a health centre in Uganda, for wrongful diagnosis and treatment.

According to the 37-year-old woman, she received HIV treatments for six years before discovering she was never positive.

When Kiconco, a resident of Kiziba Parish, Kagango Sub-county in Sheema District, became pregnant in 2011, she sought antenatal services at the nearby Kabwohe Health Centre IV.

The health workers advised her to first do an HIV test, which turned out positive and she was consequently put on Antiretroviral Therapy (ART).

“When I was enrolled on ARVs, I did not have any health problems but accepted to take my medication for my life’s sake,” she told Daily Monitor.

On July 11, 2012, she delivered her first born at Mbarara Regional Referral Hospital and she continued with her medication until when she delivered her second child on August 12, 2017 at Kabwohe Health Centre IV before developing side effects, a month after giving birth.

She narrates that her skin turned yellow thereafter, and her major body organs weren’t functioning normally.

Upon her return to Kabwohe Health Centre IV where she was tested again for HIV, she was referred to Mbarara Regional Referral Hospital (MRRH) where she was declared HIV negative after a medical test. While at the referral hospital, more tests were conducted and blood samples taken to Kampala.

“Three days later, the (Kabwohe Health Centre IV in-charge) called me and after reading through the results, he declared me HIV negative,” Ms Kiconco says.

Ms Kiconco in 2018 filed a case at Mbarara High Court against the government, seeking compensation but the case is yet to be heard, four years later.

Her lawyer, Mr Amon Aruho of Mubiru & Aruho Associate Advocates, says her client suffered physically and emotionally due to consumption of ARVs.

“The ARVs affected her body organs such as the kidney and liver. We want her compensated for the damages she has suffered as a result of the ARVs,” he claims.

“When this matter had started taking shape, Covid-19 came in and the judge who was hearing the matter, Justice Jane Kiggundu, retired, so the file is awaiting a new judge.”

When contacted, Mbarara High Court deputy registrar Samuel Twakyire said the absence of the judge delayed the hearing of the case.

“Since that case was brought to court, it has never been heard and even the current Principal Judge had dismissed it because the parties involved were not attending court,” he said.

“It was later reinstated and since then the judge has been absent because she retired and they have not yet given us another judge so I believe that once we get another judge, it will take off,” he added.

Sheema District Acting Health Officer Kadaraza Edrida says “the case has gone to another level and myself I have not been involved but I know that it is being handled.”

The doctor in charge of Kabwohe Health Centre IV, Dr Holace Kizito, says: “I just came to the facility a few months ago so I do not know much about that issue and I was not there by the time it happened so I cannot tell you much.”